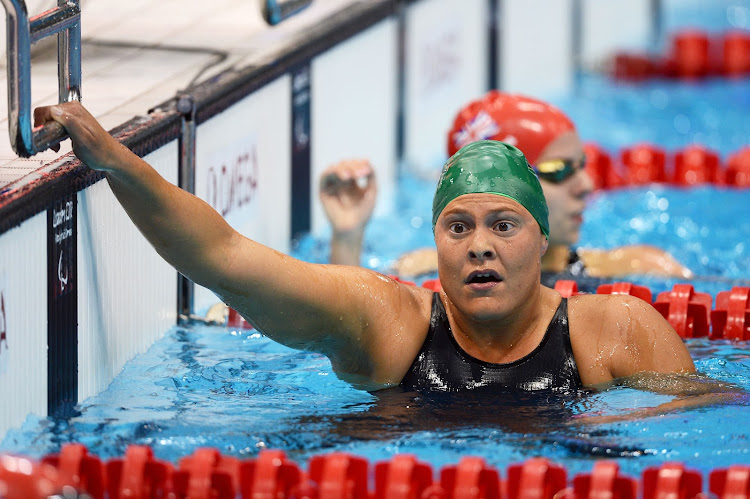 Retired Paralympic swimming star Natalie du Toit was illegally appointed to the SA Sports Confederation and Olympic Committee board, according to papers before court.

The claim is made by fencer Juliana Barrett in an application to the Johannesburg High Court to declare Du Toit's appointments to the Sascoc board and athletes' commission unlawful.

The action is the latest legal joust in Barrett's ongoing case against Sascoc, where she is suing the umbrella body for omitting her from the 2016 Rio Olympics. In her latest application Barrett also wants the court to:

Barrett's father Chris Mostert said the application would be amended to add a request that Du Toit also pay back the allowances she received as a Sascoc board member - which amounts to more than R500,000.

Mostert added he expected the matter to be heard by late January.

In her affidavit, Barrett said only six nominations for the 10 seats on the Sascoc athletes' commission were submitted in 2016, and five of them were appointed unopposed.

"My nomination was not considered by Sascoc because it had blacklisted me."

The constitution requires the athletes' commission to have six members to be quorate, she added.

While the athletes' commission is supposed to vote for the chair to represent it on the Sascoc board, Barrett said minutes showed the Sascoc executive instead appointed Du Toit as chair in 2017.

"The matter should have been referred to an elective process."

Barrett said her father had discussed her blacklisting by Sascoc with Du Toit during a ministerial committee of inquiry into Sascoc in 2018.

"This blacklisting has had a profound and detrimental impact on my life - including being unable to represent SA at international events, being prevented from being part of the athletes' commission, being unable to obtain bursary funding or sporting sponsorships and generally being frozen out of the international sporting arena."

Barrett had her ban by Sascoc overturned in court late last year.

"I must stress that my issue was not with [Du Toit] in her personal capacity, but rather with the unlawful manner in which she was appointed to the board.

"She then, while chairperson and Sascoc board member, unfortunately failed miserably looking after my interest as an athlete and a bona fide nominated athletes' commission member once she became aware of the manipulation by Sascoc.

"It is important to stress that [Du Toit] was receiving a monthly per diem from Sascoc, was appointed to other bodies because of her board position and she simply became, as the term is now known, captured."

Sascoc CEO Ravi Govender said the organisation would oppose the application. Du Toit could not be reached for comment.

'I run my own race': how Caster Semenya inspired a nation in 2019

Olympic gold medallist Caster Semenya endured one of the most difficult years of her career in 2019, but the champion stayed strong and undefeated.
Sport
1 year ago

Russia was banned from the Olympics and world championships in a range of sports for four years on Monday after the World Anti-Doping Agency (WADA) ...
Sport
1 year ago
Next Article