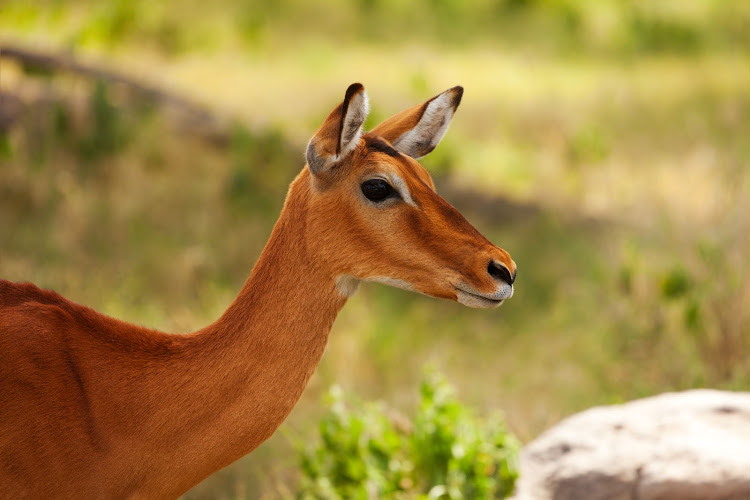 Three impala were thought to be knocked down by a speeding vehicle in the Kruger National Park. Stock image.
Image: 123rf.com/Sergey Novikov

The Kruger National Park has expressed its shock following the discovery of three dead impala.

The buck "seemed to be knocked down by a speeding vehicle," said park authorities on Friday.

"We call upon anyone who might have seen this incident to please come forward with information."

The speed limit in the Kruger is 50 km/h on tar roads and 40 km/h on gravel roads. Visitors to the park are routinely asked to be on the lookout while driving and to always give animals the right of way.

"We continue to urge visitors to observe the rules of the park and keep to the speed limit at all times. One animal killed is one too many," said park officials.

A month ago, a tourist was killed and three others injured when a giraffe was hit by a vehicle carrying 13 passengers. It then fell onto a rented safari vehicle driven by the Swiss tourist, crushing the roof. The giraffe died on impact. The tourist was critically injured and later died in hospital.

Police spokesperson Brig Motlafela Mojapelo said at the time that authorities had changed a case of reckless and negligent driving against the driver of the minibus that hit the giraffe to one of culpable homicide after the death of the tourist, identified by police as Roland Koller.

In May, a bakkie and a car literally gate-crashed their way into the Kruger Park within the space of just two hours. The first crash at the Paul Kruger Gate happened at 9pm. The second happened at 11pm.