Check, Jacob Zuma appears in public for the first time since hospital report 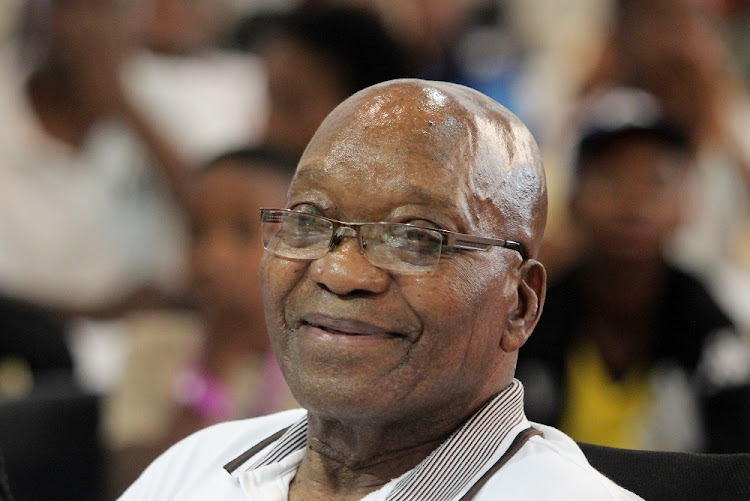 Former president Jacob Zuma making his first public appearance since a report that he has been ill. He was attending the JG Zuma Chess Tournament at Mandeni in northern KwaZulu-Natal on December 23 2019.
Image: SANDILE NDLOVU

Chess-loving Jacob Zuma has stepped out in public to encourage schoolchildren competing in a tournament in northern KwaZulu-Natal.

This is the first public event he has been seen at since the assertion in a letter by his lawyers that he could not meet his December 9 deadline to respond to the state capture inquiry because he was in hospital in another country.

Zuma is an avid advocate of chess. The tournament, organised by the Jacob G Zuma Foundation, has, since its inception, grown in popularity. It reaches out to scores of schoolchildren across the province during the December holidays. Unlike in previous years, it is believed he did not actively participate this year.

The politician has been silent on his social media account in December.

Last year, he tweeted videos of himself going for checkmate with youngsters at the chess tournament, leading young men in song  and having fun dribbling, passing and scoring on the field with aspirant football stars.