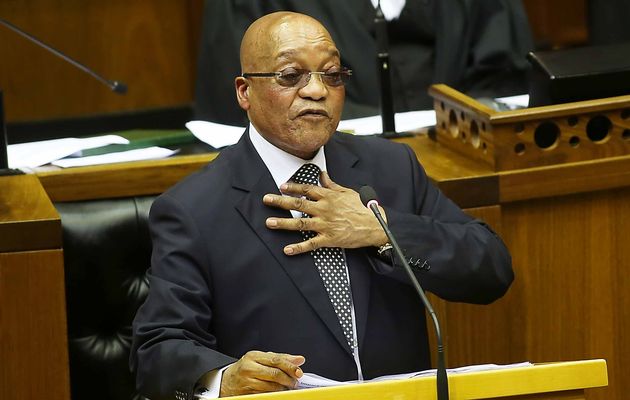 The Financial Mail together with the amaBhungane Centre for Investigative Journalism on Tuesday filed papers in the North Gauteng High Court seeking access to the tax returns of former president Jacob Zuma and challenging the constitutionality of tax secrecy provisions, BusinessLIVE reports.

The papers are the culmination of a process that began in February 2019 when the Financial Mail filed an application to Sars under the Promotion of Access to Information Act (PAIA) seeking to obtain the tax returns of former president Jacob Zuma for the years 2010 – 2018, while he was head of state.

The request and subsequent appeal were denied by Sars on grounds including secrecy provisions in PAIA and the Tax Administration Act (TAA). PAIA specifically excludes tax information from its public interest considerations, while the TAA prohibits Sars and its employees from disclosing any taxpayer information to any member of the public.

The TAA further prevents any party, including the media, who come into possession of such information from reporting on it.

“We believe the existing legislation to be unconstitutional, as it prevents us from obtaining information on the tax status of senior members of the executive – like former president Jacob Zuma -accused of serious crimes, including being tax delinquent. It restricts our ability to disseminate this vital information to the public,” says Financial Mail editor, Rob Rose.

The former president’s tax affairs have been the subject of intense scrutiny. Serious allegations of non-compliance were revealed in investigative journalist Jacques Pauw’s bestselling book, The President’s Keepers, including allegations that Zuma had not filed tax returns for many years while president.

Former public protector Thuli Madonsela also weighed in on the subject in her 2014 report Secure in Comfort which stated that then president Zuma was liable for the fringe benefits accruing to him as a result of the dubious “security upgrades” made to his Nkandla homestead.

“The tax status of presidents and other holders of high office is of manifest public interest. The public may rightly ask, if the president does not pay his taxes or fails to disclose all income, why should they? The political capture and governance failures at Sars were to a large degree facilitated by the lack of public transparency at this important institution,” says Karabo Rajuili, advocacy co-ordinator at amaBhungane.

“A vital part of rebuilding the integrity of Sars and improving tax morality is ensuring that investigative journalists and whistle-blowers have the right to access information and report on it, including how the tax authority handles the affairs of senior government officials,” says Rajuili.

The applicants are not seeking blanket access to the tax records of the general public. “That is a critical distinction to make,” says Dario Milo, a partner at Webber Wentzel attorneys who is representing the media.

“The modification we are seeking to the law will allow an information officer in certain, specific cases, and under the prescripts of PAIA, to grant permission to the public, including the media, to access the tax records of senior government officials accused of wrongdoing, and in turn, will give journalists the freedom to report on it,” Milo said.

The founding affidavit with annexures can be downloaded here.