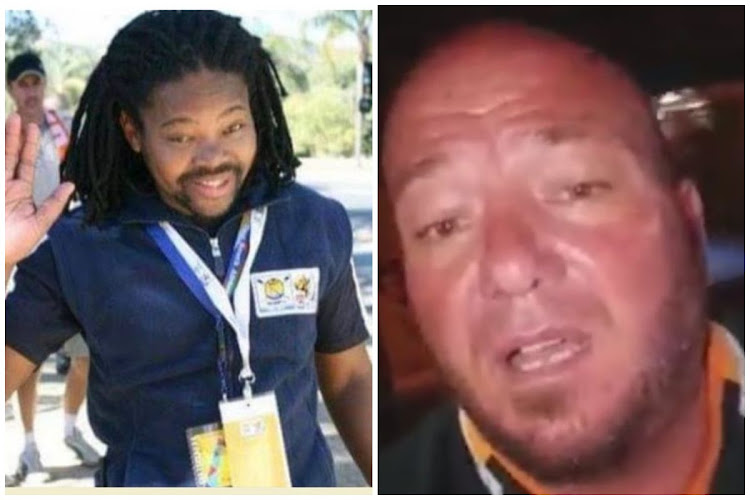 The man who filmed Fritz Joubert terrorising murder victim Anele Hoyana did so because he was “instructed” to do so by the sangoma killer.

In a DispatchLIVE exclusive, Kwelerha farmer Sabelo Ngaka has admitted he was the man who filmed Joubert’s erratic behaviour in the hours before he bludgeoned Hoyana to death and was himself shot and killed by police.

The footage has been widely circulated on social media.

While he has made several startling disclosures, he has failed to answer the question of why he continued to film.

“I’ll save my answers for court,” Ngaka said.

Ngaka said he was one of three farmers who rushed to Joubert’s house after the 45-year-old had called every farmer in the area because there was “trouble” on his farm.

Ngaka rushed to the Kwelerha property because he thought Joubert was being attacked  or had caught a stock thief, he said. 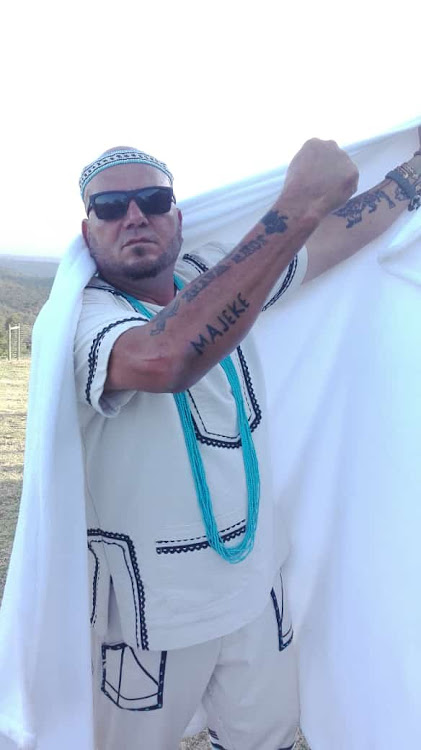 When Ngaka arrived at the home at 3am on Saturday, he found Joubert brandishing a stick and demanding that Hoyana kneel down.

“He instructed me to film the minute I stepped inside the house.

“I was surprised to find him holding that guy  [Anele] hostage because they had been staying together for some time.

“I didn't know Anele by name but I had seen him there.”

Ngaka said Joubert was the one who had called the Gonubie police, who later shot him dead.

He said he had filmed two videos, but left in a hurry after noticing Joubert’s actions were escalating into physical violence.

“Yes, I filmed two videos on Fritz's instruction. One is six minutes and the other is three minutes. I have shared the videos with the police and everyone who requested them,” he said.

Ngaka said he tried to stop Joubert, but he refused and started talking “nonsense”.

“I left Fritz while he said he was waiting for other farmers to arrive before he begins with punishing Anele,” Ngaka told DispatchLIVE.

Joubert had used the neighbourhood watch WhatsApp group to call all 11 members to his farm, he said.

“The majority ignored the call. Only three showed up, including myself,” Ngaka said.

When he left, two of the other farmers were still there, he said.

He did not identify who these farmers were.

“I returned after the incident [killing] and heard the police asking about a Sabelo who was mentioned in one of many videos posted by Fritz and I presented myself [to them].

“The police took my number and promised to call me for a statement.

“I am still waiting for that statement.”

In one of the videos circulating on social media, Joubert can be heard pleading with Sabelo not to go.

A DJ who was at the Eastern Cape farm where Anele Hoyana, 40, was beaten to death with the butt of a rifle said farmer Fritz “Majeke” Joubert only ...
News
2 years ago

A police officer in the area, who spoke to the Dispatch on condition of anonymity because they are not allowed to communicate directly with the media, said Joubert was an “arrogant” power lines contractor who did not care about others until his business took a dive and he lost his trucks.

“I once responded to accident where he hit someone’s cow with one of his trucks.

“He never showed sympathy or remorse. He was very arrogant, as if he had done nothing.

“But lately he started greeting people and asked to be added on one of the neighbourhood WhatsApp groups.”

On Monday night, 30 members of the EFF stormed Joubert’s property as a “show of force against racism”.

EFF spokesperson Mziyanda Hlekiso said they had left the house for now because they did not want to 'disturb' Hoyana’s spirit and they wanted to give the family space.

“Once this period is over, we will fully occupy the house,” he said.

Hoyana's funeral will be held at the Hoyana homestead in Kwelerha, starting at 8am on Saturday.