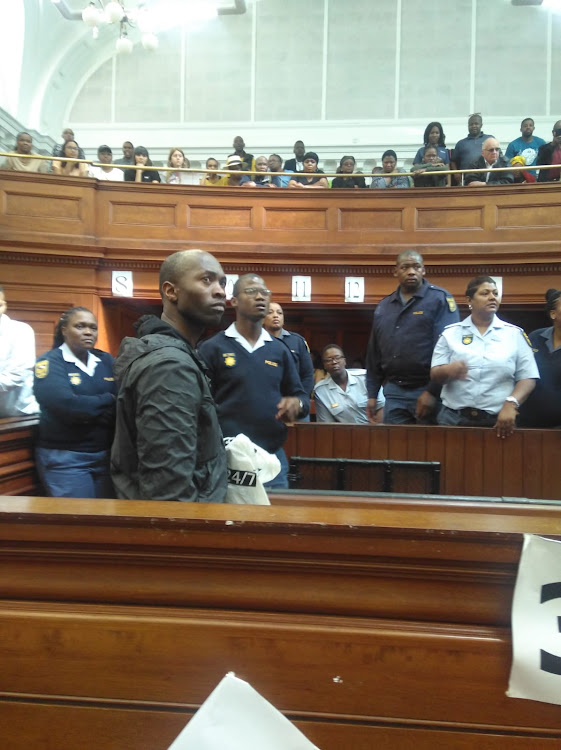 Luyanda Botha, who confessed to the rape and murder of UCT student Uyinene Mrwetyana, has been given three life sentences.

He was also given five years on a charge of defeating the ends of justice.

Botha pleaded guilty to the crimes, the Cape Town high court heard on Friday morning. He entered a into a plea and sentencing agreement with the state.

The state had consulted Mrwetyana's family, the court heard.

“I understand the charges,” Botha said softly when asked by Judge Gayaat Salie-Hlophe if he understood the implications of the plea.

In an admission read by his counsel, Botha confessed that he walked out of the post office and consumed alcohol at a nearby outlet after raping and murdering Mrwetyana.

“I am liable of my intentions, as I intended to rape and murder,” he said in the admission.

After Luyanda Botha allegedly raped 19-year-old Uyinene Mrwetyana twice and bludgeoned her to death with a scale, the postal worker hid her body in ...
News
2 years ago

Insults were hurled at a former Post Office employee accused of raping and murdering UCT student Uyinene Mrwetyana when he appeared in court on ...
News
2 years ago

The pressing need to ensure that our homes, streets and suburbs are safe does not only rest with the police.
Opinion
3 years ago
Next Article