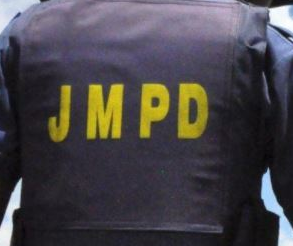 A JMPD officer was arrested for corruption after a colleague reported him.
Image: Archeive

A Johannesburg metro police officer is behind bars for corruption after he was turned in by a colleague, JMPD chief David Tembe said on Tuesday.

Taking to his Twitter page, Tembe said the traffic warden was arrested following an operation in Diepkloof, Soweto, where he was allegedly seen taking a bribe from a motorist.

“A newly promoted internal affairs sergeant observed the interaction between the warden and the motorist where money was exchanged,” Tembe said.

Both the traffic cop and motorist have been arrested.

“Corruption in the JMPD will never be tolerated,” Tembe said.

Last month, the city said it had fired eight of its JMPD officers in three months.

Two Cape Town police officers were sentenced to three years in jail for accepting bribes from a drug dealer.
News
2 years ago

In  bid to rid the department of crime, the city called on more residents to report corrupt and unprofessional officers.

“The city's department of public safety encourages residents to report any unprofessional, untoward and unlawful conduct of any member of the JMPD to the internal affairs department. We are building a professionalised metro police department in Johannesburg and this is a continuous process. One of the major projects we initiated is rooting out corruption within the JMPD,” Sun said in last month's statement.

“Through these interventions, we are determined to improve the JMPD to be the very best metro police service on the continent,” he said.

Complaints can be lodged through the JMPD anti-fraud and corruption hotline 080 020 3712 or through a written statement or affidavit along with supporting documents, photos, recordings and any other evidence that may assist in the investigations.

Sun said depending on the nature and seriousness of the case, a separate criminal case may be be opened with the police.

When a man returned from Japan on Tuesday, he was told by a customs officer to pay R42,000 in tax duties for items he had bought on his trip
News
2 years ago

Five people were arrested by Johannesburg metro police for allegedly stealing R60‚000 worth of copper cables on Monday.
News
2 years ago
Next Article