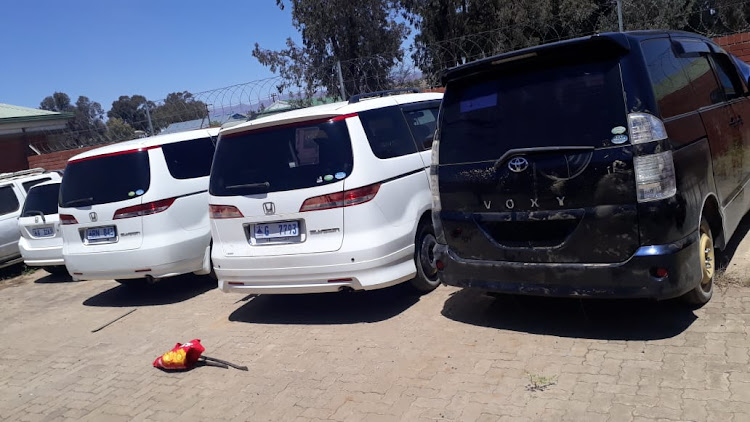 These are some of the vehicles that police confiscated during cross-border operations dubbed "Usalama".
Image: South African Police Service

More than 140 people were arrested in SA during cross-border operations conducted simultaneously by 28 countries in southern and eastern Africa between Thursday and Monday.

Operation Usalama is a series of multidisciplinary crime-fighting operations conducted simultaneously by 28 countries in the region.

Usalama — a Swahili word meaning “security” — is in its sixth year of operation.

These operations are facilitated by the International Criminal Police Organisation (Interpol) and are targeted at ports of entry, borders and inland.

The aim of these operations is to curb transnational organised crimes such as the smuggling of vehicles, contraband, drugs, human trafficking and livestock.

In a statement on Thursday, South African police said they had confiscated 20 vehicles worth more than R15m, 15 of which were being smuggled out of SA, and five that had been smuggled into the country.

Police said five unlicensed firearms, drugs such as dagga, Mandrax and methamphetamine (tik) worth an estimated R579,000 as well as concealed and undeclared SA currency amounting to R221,533, were seized during the operations.

Police said livestock including cattle, goats, sheep and horses with an estimated value of R700,000 was recovered at the borderline while a pangolin, which is classified as an endangered species, was also recovered.

A minibus taxi with 45 people suspected to have been trafficked into the country via the Beit Bridge port of entry was intercepted and the victims were handed over to the department of home affairs for processing.

Police said the operations extended to OR Tambo International Airport cargo department where undeclared goods were seized for further investigation.

Dozens of cross-border vehicles transporting foreign national's goods to neighbouring countries abandoned their usual pick-up spots in the ...
News
2 years ago
Next Article