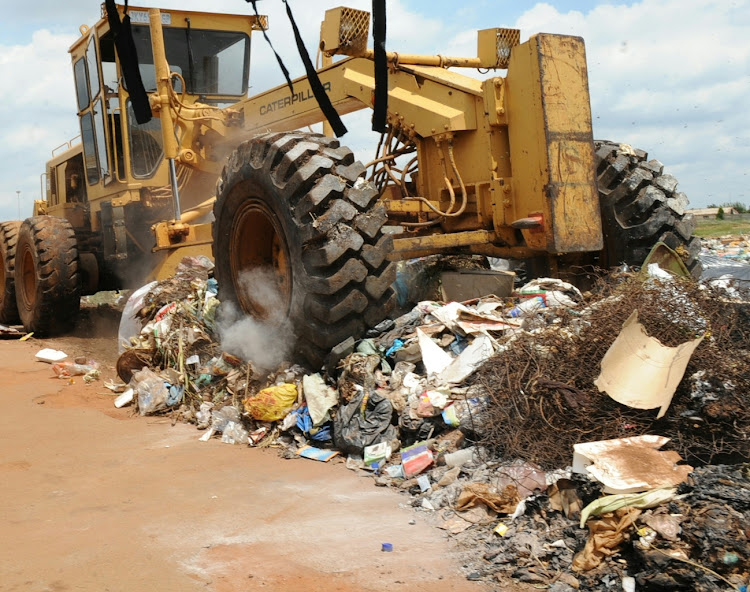 An earthmover forms part of stolen vehicles that were found near a border between SA and Zimbabwe in the past three months.

A total of 10 stolen vehicles have been recovered while on the brink of crossing into Zimbabwe from South Africa in the past three months.

Police in Limpopo have attributed the success in stopping car theft syndicates on their tracks to the hard work by their members. On Tuesday, a suspected stolen earthmover was among the two vehicles that were recovered during an operation by the police.

The intelligence-driven joint operation which yielded positive results, known as “Valamadi”, was conducted in the Makhado cluster.

Police spokesperson Col Moatshe Ngoepe said that during the operation, a 40-year-old man was arrested in possession of a suspected stolen earthmover, colloquially also known as a caterpillar.

He said the man was apprehended while trying to acquire a clearance certificate without proper documentations and had failed to account for the origin of the heavy-duty construction vehicle and its owner. He said the arrest was made at the Beitbridge border post while the suspect was trying to cross from South Africa to Zimbabwe.

According to Ngoepe, the police were working hard to crack the syndicates responsible for smuggling stolen cars into Zimbabwe.

Man drives 2km after being shot in botched hijacking

Despite being shot in a botched hijacking, a 44-year-old man managed to drive 2km to safety.
News
2 years ago

“We are doing everything we can to deal with incidents of smuggling stolen cars from this country into Zimbabwe, perhaps also into other countries further north,” he said.

“Preliminary investigations have revealed that the caterpillar was reported stolen in the Apel policing area outside Lebowakgomo,” Ngoepe said.

He said the suspect would appear in the Musina magistrate's court “soon”.

The operation, he added, also recovered a Ford Ranger bakkie abandoned in the bushes along the South African and Zimbabwean borderline outside Musina. Ngoepe said preliminary investigations had revealed that the bakkie was reported stolen at GaRankuwa in Pretoria and that no arrest had been made in this matter.

Ngoepe said some of the members of the syndicates would push the cars across the Limpopo River, “others being transported through the bushes with donkey carts, to ensure that they crossed over to that country".

He said though there were many cars that had been recovered since the beginning of the year, statistics were not readily available at the time of going to print yesterday.