‘There are even worms coming out of the taps’ – Hammanskraal resident 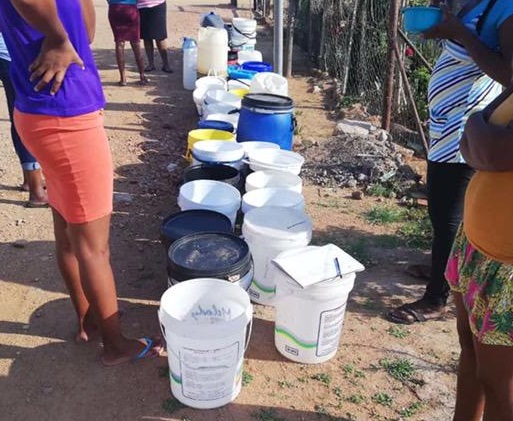 The water crisis in Hammanskraal, north of Pretoria, is so bad that there are even worms coming out of the taps, according to a resident.

Julia Msiza has been living in Hammanskraal since 1983. The 56-year-old said their area had been without water for the past two weeks.

She said she made a gruesome discovery on Sunday when she opened one of her taps at her home.

“It is very bad really, when I went to the tap, there were worms coming out from the tap. I don’t know about the other residents, but mine was very bad.

“I couldn’t use the water, because I was afraid of the germs and there are small children in my house. I had to go somewhere and buy water,” Msiza told TimesLIVE.

She said residents buy water for about R2 a bucket. She buys about 10 buckets on a daily basis.

“My family consists of seven people. I have got a big family and our toilet is inside the house.”

Msiza called on government to resolve the water crisis in the area as a matter of urgency. 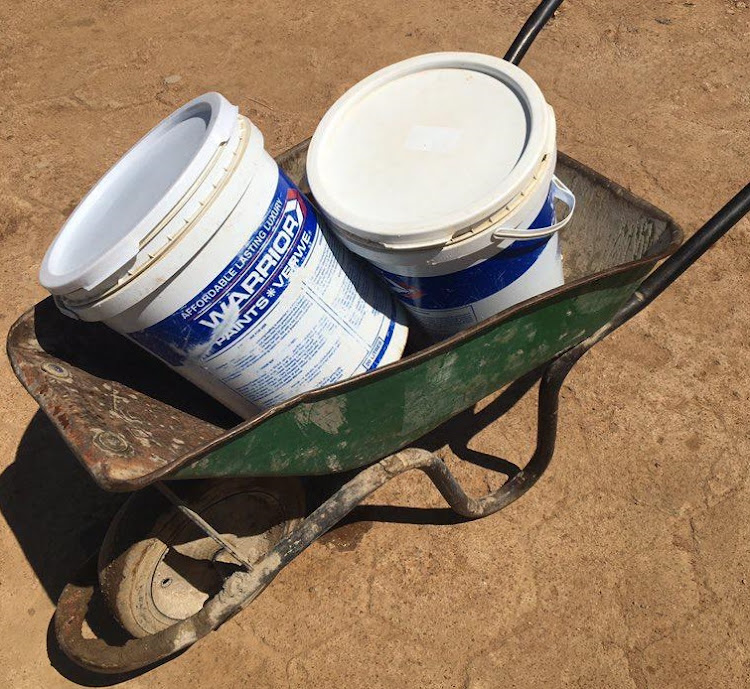 Residents make use of wheelbarrows to transport their buckets of water.
Image: Tshiamiso Mahlomuza

“These families mostly have young kids. Now they must buy water to drink, bath, cook, wash dishes, clean, do laundry and I’m talking about families of 6-plus people.

“I mean, they can’t be buying water every day.”

The 22-year-old said in her household of 10 people, her sister was the only one working.

Mahlomuza said there were also no Jojo tanks in the area.

Her family buys water from a resident who has a borehole. He sells the water for R5 per bucket.

“If it is recess time, I have to come back home to a water crisis and then I have to be included in that ten people. I must be the 11th person who needs water, it’s unbearable,” the Vaal University of Technology student said.

She said Jubilee Hospital had been closed since last week.

“Even Jubilee Mall, people are not operating [properly] because there is no water. Toilets are not working, so people who work at the mall what are they supposed to do?”

“Going into the third week without water at Jubilee hospital. Theatre has been shut down, wards are stinking. It's no longer a healthcare centre, but a harbour for deadly diseases. Everyone is at risk, healthcare workers and patients alike,” the tweet read.

Going into the 3rd week without water I Jubilee hospital. Theatre has been shut down, wards are stinking. It's no longer a healthcare center, but a harbor for deadly diseases. Everyone is at risk, healthcare workers and patients alike #HammanskraalWater #HammanskraalWaterCrisis

The Gauteng Department of Health said it would conduct an inspection and would only respond later on Wednesday.

Meanwhile, the city of Tshwane could not be reached for comment.

In a statement on October 28, the city said tankers would continue supplying Hammanskraal residents with water.

"This follows a temporary shut-down of the Temba Water Treatment Plant (TWTP) by the City’s Utility Services Department . . .as a result of raw water quality challenges from the Leeukraal Dam.

"These challenges came as a result of a power failure at Pyramid substation due to a lighting strike on Friday, October 18 2019 which caused the Rooiwal Waste Water Treatment Works to discharge partially treated effluent into the Apies River which feeds the Leeukraal Dam," said the city.

"In order to ensure water provision to the residents, the City has made an arrangement with Magalies Water to increase the pumping capacity into Babelegi reservoir. In addition, roaming tankers were dispatched to supply residents with water until the situation normalises."

The city advised Hammanskraal residents to "be on the look-out for unscrupulous people driving around in water tankers selling water in the area. The city would like to put on record that we are not charging anyone for water that we are providing through the water tankers."

Last month, tests done by the Council for Scientific and Industrial Research (CSIR)  confirmed that groundwater at Stinkwater, north of Pretoria, was unfit for human consumption and could make you sick.

The SA Human Rights Commission (SAHRC) warned in June about the quality of water in Hammanskraal.

This is where it has gotten to in Temba, Hammanskraal, people are getting water from this old borehole where a farmer was had a farm back in the days.#HammanskraalWaterCrisis pic.twitter.com/JbufuCf6Md

There's no water, it's a survival of the fittest. #WaterIsLife#HammanskraalWaterCrisis pic.twitter.com/KfBgVhMFYD

It's a survival of the fittest. No water no life. The Mayor is nowhere 2 be found nd th city continues to release statements dt all is in order. Steven or Solly Maimane 4rm the City, what report did u give to Council regarding this?#HammanskraalWaterCrisis pic.twitter.com/eKWMNZKTt8

#HammanskraalWaterCrisis why are people being denied a basic service of making sure that they get clean water? Who got the tender to procure pipes and infrastructure? Who stands to gain at the expense of our people? @EMokgalapa help us here. #NOTINMYNAME #CountryDuty @tumisole

We have a water crisis & business continues as usual!

When that #DayZero drill took place, the entire country was up in arms!

Reminds me of Kynsna & Khayelitsha fires!