Comair and SAA planes grounded: here's how to check on affected flights 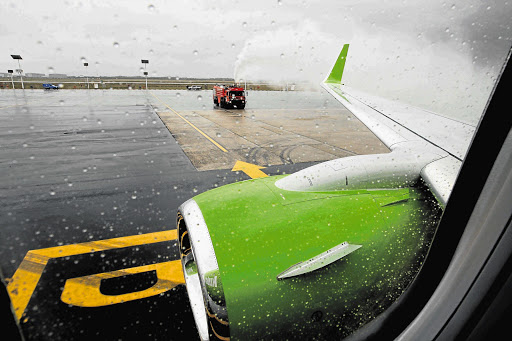 More than 10 domestic flights were affected after the SA Civil Aviation Authority (Sacaa) grounded some SA Airways (SAA) and Comair planes on Tuesday.

SAA said there were four flight cancellations so they took steps to combine flights and deploy bigger aircraft to accommodate affected passengers.

British Airways listed eight flights affected, while Kulula.com had one.

Woman dies on flight from Cape Town to Joburg

Police have open an inquest docket after a woman died on board a British Airways flight to Johannesburg from Cape Town on Wednesday.
News
2 years ago

SAA Technical does not use fake parts on aircraft it services, the airline’s board of directors said on Thursday.
News
2 years ago
Next Article