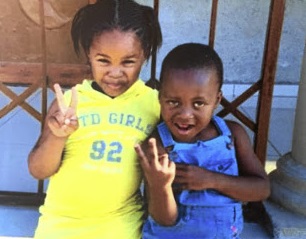 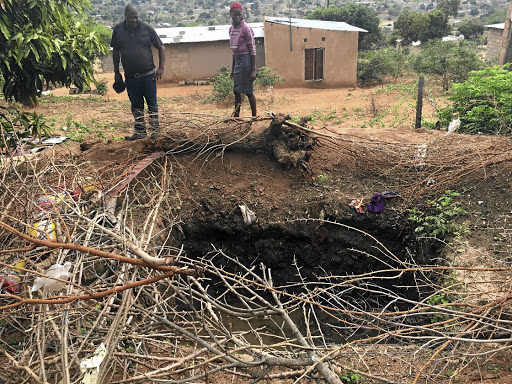 When five-year-old Sinomndeni Sibanyoni fell into a hole, her cousin, Buhle Mkhatshwa, 6, jumped in to save her, but they both drowned.

Their grandmother Busisiwe Sibambo yesterday remembered her grandchildren, who died on Friday, saying they ate and played together all the time. She said the hole was dug last week so that they could build a drain.

"On Thursday night, a day before the children drowned, we had heavy rains which filled the pit with water. On Friday, due to the heavy rains, we had no electricity and I called Eskom officials to come and fix the problem.

"When the children came back from school, I gave them food and before I could leave to give Eskom officials directions to my house, I called them. But they kept laughing, and when I asked them why they were laughing, they told me that they were just happy," Sibambo recalled.

"I then left. I was later called by their aunt, who said she found both Buhle and Sinomndeni floating in the water. We tried to resuscitate them [to no avail] and then took them to hospital where they were pronounced dead," said a tearful Sibambo.

Buhle's mother Sindile Mdlalose said her daughter drowned as she tried to save her cousin. " ... we always liked seeing them talking and playing silly together and making jokes," said Mdlalose.

Mpumalanga police spokesperson Brig Leonard Hlathi said they have already experienced 15 drownings since the beginning of the year. "We have opened an inquest docket from the death of the two children and investigations are continuing," said Hlathi.

A dip in the ocean for a group of young friends ended in tragedy after an 11-year-old boy drowned at the La Mercy lagoon, north of Durban on Thursday.
News
2 years ago

A grade 12 pupil from Lethabong high school in Soshanguve, Tshwane drowned in a swimming pool at the Ananda Lodge in Rustenburg on Saturday.
News
2 years ago

IFP president emeritus Mangosuthu Buthelezi on Sunday battled to quell tensions in Johannesburg as he spoke out against xenophobic violence.
News
2 years ago
Next Article