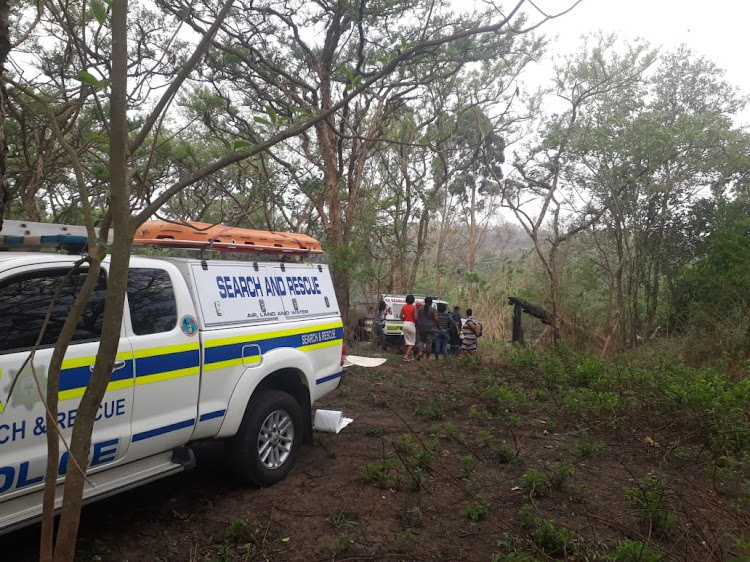 Police recovered a body of a man on Sunday after he was forced to jump into a river after being kidnapped.
Image: Twitter/@SAPoliceService

Two men were forced to jump off a bridge after allegedly being kidnapped in KwaZulu-Natal on Sunday.

According to police, a case of kidnapping was opened at Mountain Rise police station, Pietermaritzburg, after two people were allegedly kidnapped at a tavern.

Police spokesperson Lt-Col Thulani Zwane said the men were forced into a vehicle and driven towards Cramond.

"They were allegedly forced to jumped into the Umgeni River. One of the victims managed to swim across the river but his colleague disappeared. Police were called to search for the missing person."

The body of the second victim was recovered a short while later by members of the Pietermaritzburg's search and rescue unit.

A source close to the investigation said the distance from the bridge to the river was about 10 to 15 metres.

"Two suspects were later arrested and will appear in the Pietermaritzburg magistrate’s court soon," said Zwane.

'Which child will be a victim next?' - Amy'Leigh 'kidnappers' must not get bail, state argues

The three people accused of kidnapping Amy’Leigh de Jager would be endangering their own lives and those of the public if they were released from ...
News
2 years ago
Next Article