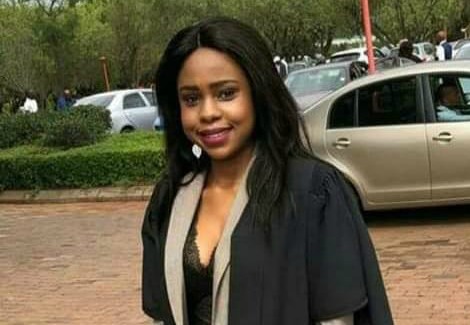 Jessie Buhle Myaga was found after being allegedly abducted in the Tshwane CBD on Friday.
Image: Twitter/@Official_TUT

The family of a Tshwane student who was found drugged and disorientated two days after being allegedly abducted said they went through hell while police searched for their daughter.

“It's been difficult. We went through hell. We couldn't eat, sleep, drink,” her father Mandla Myaga said on Tuesday.

TUT said in a Facebook post that, “she then took a bus from campus to town where she takes a taxi ... to Centurion. She was last seen around 5pm.”

She was allegedly abducted by men in a red car in the Tshwane CBD.

Myaga said that after two days of frantically searching the family received a call from an elderly man who said he had found her “disorientated”.

“Got a call from this man, saying he was with this girl,” he said. “Her mother spoke to her and just broke down crying. We called the police and rushed to where she was.”

Sithembile Ncwane, who was allegedly kidnapped on Friday, has been found alive.
News
2 years ago

She was hospitalised and treated before being released early on Monday morning. Her father said that she was “physically OK except for bruising on her fingers “where it looked like she had been fighting”.

He said she could not recall all the details of her abduction, but said that she was picked up in the CBD and drugged. She remembered a red car.

“At the moment she's not able to talk about it. We will be arranging counselling for her as she is traumatised. She was disoriented, she didn't know where she was.”

He was thankful to everyone who helped.

“We are relieved. You can't even imagine how thankful we are for everyone who helped look for her, prayed for her to come home.”

“There have been no arrests in this case and I can't divulge information about an ongoing investigation,” she said, but added that another case could  be linked to Myaga's one.

TUT said in a Facebook post: “The university and the Myanga family would to [like] thank you so much for your prayers and assistance for young lady Jessie Buhle Myanga who has ... been found. We will provide more info after speaking to the family." ​