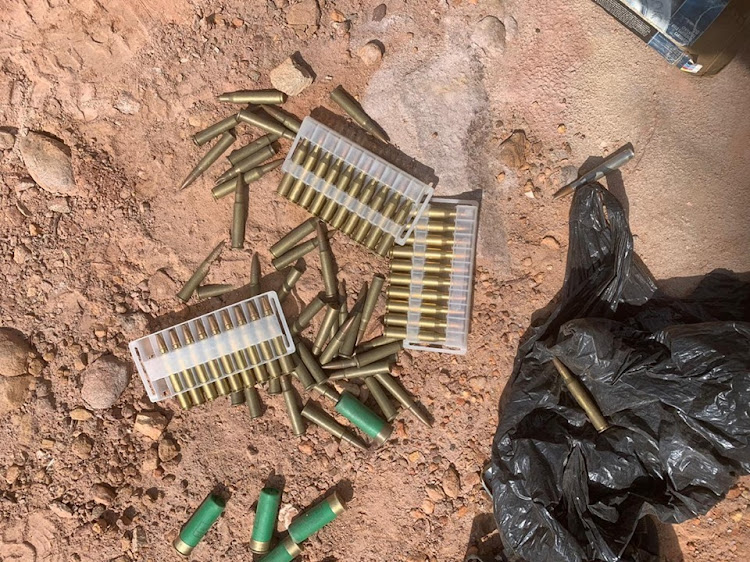 Four miners were found in possession of unlicensed firearms and ammunition including automatic weapons, a shotgun and explosives in a police raid this week.
Image: Intelligence Bureau via Facebook

Police have arrested more than 30 alleged illegal miners during a crime-prevention operation in Krugersdorp.

Police spokesperson Capt Kay Makhubela said the operation was conducted in Krugersdorp Old Gold Mine in West Village around 10am on Monday.

Makhubela said four miners, aged 30 to 35, were found in possession of unlicensed firearms and ammunition of different calibres, including an R5 rifle, an R1 rifle, a shotgun and explosives.

He said the area was known for illegal miners who terrorised the community at night.

The suspects are expected to appear in the Krugersdorp magistrate's court on Thursday.