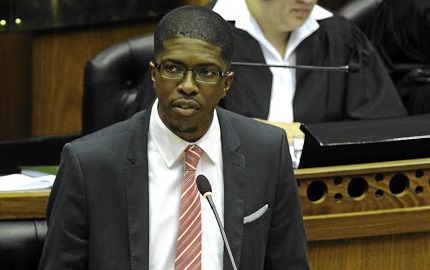 Eskom does not believe that there is a need to sell its incomplete Kusile power station and similar assets to help the embattles power utility  as proposed by finance minister Tito Mboweni.

This was revealed by the Standing Committee On Public Accounts  (Scopa) chairperson Mkhuleko Hlengwa at a briefing held in Meggawatt Park, Sunninghill.

Scopa visited Kusile and Medupi power stations over the past few days in order to establish why the costs of the constructions projects kept on rising. The committee then met with the board of Eskom to get answers for some of its concerns.

Hlengwa told reporters on Thursday that the question of the sale of power stations was posed to Eskom.

“We posed the question to Eskom on the sale of Kusile and the responses that we’ve received is that they do not believe, on the basis of the work that they have done, that selling  Kusile or any of the assets will be the best way to go.  That was the initial response on the interaction that we had and the full response to our question will be given to the committee on Monday by 12,” said Hlengwa.

The sale of some of the power stations was one of the proposals  made by Mboweni - a plan to help revive South Africa’s ailing economy.

A leaked document shows in detail how Eskom plans to turn around its fortunes.
News
2 years ago

The plan proposed that South Africa should dipose of some of Eskom's coal-fired plants and allow households to sell electricity back into the grid as part of a restructuring of the state-owned power utility.

The stations could be sold through a series of auctions and would include related staff contracts, coal-supply contracts and environmental obligations, Mboweni’s proposed.

After disposal, the coal-powered plants would be tied to a power-purchase agreement at a pre-defined station-specific tariff. It added that the disposal of these assets could raise R450bn.

Medupi and Kusile power stations in particular,  have caused havoc for Eskom and the economy as bad design on the projects resulted in escalating costs and delays in completion, among  many problems.

Medupi is now projected to be completed in 2020 and its cost have escalated from the initial R79bn to approximately R146bn.

Kusile on the other hand is projected to be completed in 2023 and its costs have surged from R81bn to R161bn.