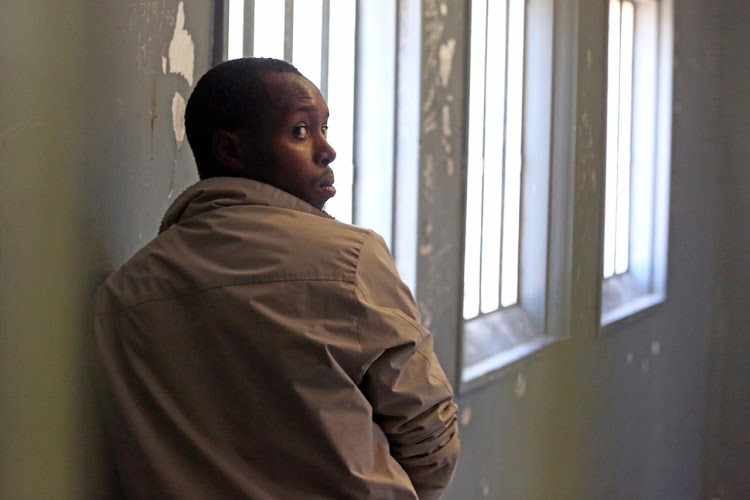 The case against Julius Mndawe, who was arrested for allegedly murdering and burying four women and a teenage girl, has been postponed by the Masoyi magistrate's court.

Mndawe, 25, labelled the “Masoyi Monster”, was arrested in July after confessing to killing and burying Tokie Tlaka, 24, Banele Khoza, 15, Felicia Mndlovo, 17, Noxolo Mdluli, 17, and Nomthandazo Mdluli, 19. He confessed to have strangled or stabbed some of the victims and planted either vegetables or fruits on top of each makeshift grave in his home since January 2018.

Mndawe, who met Tlaka on Facebook, has since abandoned his bail application fearing for his safety. After his arrest, he pointed out where all the bodies were buried in his yard. Mndawe stayed alone.

The court was on Tuesday supposed to set a date for his trial in the high court; however; the case was postponed to November 5 to allow further police investigations. The victims haven’t been buried yet as police are still awaiting DNA samples.

Spokesperson for the Mpumalanga police Brig Leonard Hlathi has asked for patience from the families of the deceased. “As we speak we have confirmed the DNA of two bodies, and maybe this week we can release the bodies to their families. As we await for the other three DNA results, we are asking the families to be patient because we don’t want to do something wrong or give wrong bodies to the wrong families as the deceased were already decomposed [when we exhumed them],” said Hlathi.

Cele empathises with pained residents
News
1 year ago
Next Article