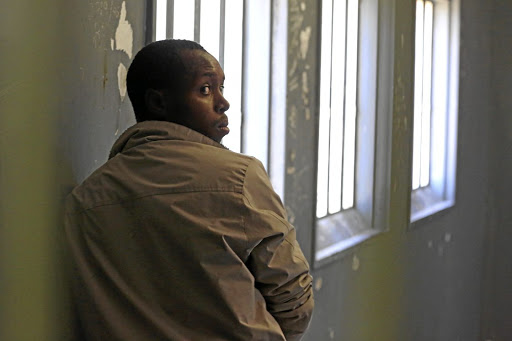 The aunt of one of the five women allegedly killed by alleged serial killer Julius Mndawe in Masoyi, Mpumalanga, told police minister Bheki Cele that had the police acted swiftly and listened to her, the lives of other victims would have been spared.

Nesta Sibiya told Cele at an imbizo in Mganduzweni village outside Hazyview yesterday that her family told the police in January last year that they suspected Mndawe to be behind her niece's disappearance, but said the police instead threatened to withdraw from the case because they complained that the family put pressure on them to find their niece.

Dubbed the "Masoyi Monster", Mndawe was remanded in custody last month after he appeared briefly in Masoyi magistrate's court in connection with the five murders.

He was arrested earlier in July after he was suspected of being behind the deaths of four women and a 15-year-old girl between January last year and May this year.

The 25-year-old faces five counts of murder, violation of a corpse, concealment of bodies and rape.

Mndawe confessed to the killings and the burial of the victims in shallow graves in his yard where he allegedly planted vegetables and fruits to conceal the murders.

Julius Mndawe - the alleged "Masoyi Monster" - was remanded in custody after appearing briefly in court on Tuesday in connection with five murders in ...
News
2 years ago

That prompted the residents to torch Mndawe's house.

"If the police had listened to us the lives of the other four women would have been spared. When Banele Khoza, disappeared in January last year, we told the police that we suspected Mndawe of being the perpetrator, because he was the last person seen with her.

"But the police told us they will stop our case because we are asking too many questions," Sibiya said.

"Banele had to be found after four more girls had been killed by Julius, that is why I'm saying had the police acted swiftly on our first case this man would have not killed the other women."

Ever Nkuna, the mother of the 24-year-old, alleged victim of Mndawe, said she was told by the Masoyi police to look for her daughter on her own after her disappearance.

"When my child disappeared I went to Masoyi police station but they did nothing to help me. The case that I opened with the police disappeared from the police records. I then went back to open another case but still nothing happened," Nkuna alleged.

Cele told the community he and the national police commissioner Gen Khehla Sitole would send a team of detectives to probe the allegations.

"We want to get to the bottom of these allegations and those who would be found to be on the wrong side of the law will be punished," Cele said.