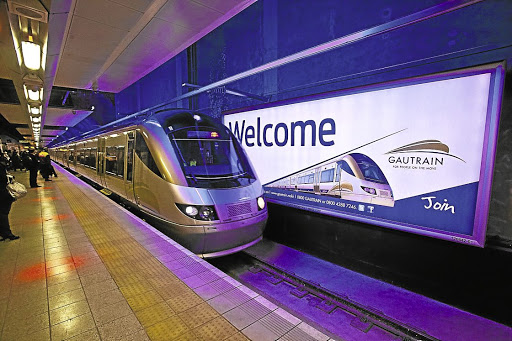 The City of Johannesburg is questioning the acquisition of land housing the Sandton Gautrain station./Halden Krog

The court battle between the City of Johannesburg and the landlord of the Gautrain Sandton station has exposed alleged dodgy dealings in the sale of council-owned land.

Cedar Park Properties 39, on whose property the Gautrain Sandton station is housed, took the city to court after its water supply was cut due to nonpayment of approximately R8m in property rates.

On Friday, however, Cedar Park suffered a major blow when it failed to provide R1m in security of costs in its urgent application to force the city to reconnect water to the station.

In its court papers defending the action, the city has now called into question how Cedar Park acquired the council-owned land without paying a cent for it.

The city has alleged that the land on which the Sandton Gautrain station is located was acquired irregularly.

Mayor Herman Mashaba said it was "absurd" that the city financed the sale of its own land to a private company for R280m.

Mashaba said Cedar Park Properties was given council land for free as it had not paid a cent towards the bond issued by the city back in 2009.

The City of Johannesburg will today defend its decision to cut off water supply to the busy Sandton Gautrain station two weeks ago.
News
2 years ago

The land on which the Sandton Gautrain station sits was irregularly acquired, City of Johannesburg mayor Herman Mashaba has claimed. Mashaba, who ...
News
2 years ago

Yesterday, City Press reported that some shareholders of Cedar Park Properties were now considering putting it into business rescue.

The newspaper said this was after a company that had invested R150m in the development of the property, which was expected to host high-rise buildings above the underground station, applied to liquidate Cedar Park in order to get its money back.

According to Mashaba, a conflict of interest has also been exposed between Cedar Park and its related company Regiments Group - a company that managed the city's sinking fund that financed the sale of the land.

The city had established a R18bn fund whose returns it would use to pay back inherited debt.

It appointed Regiments to manage the fund.

It has since emerged that some of the directors of Cedar Park were senior executives of Regiments when the bond to Cedar Park was approved.

The court has now given Cedar Park 20 days to come up with the R1m security of costs or its case against the city will be thrown out.