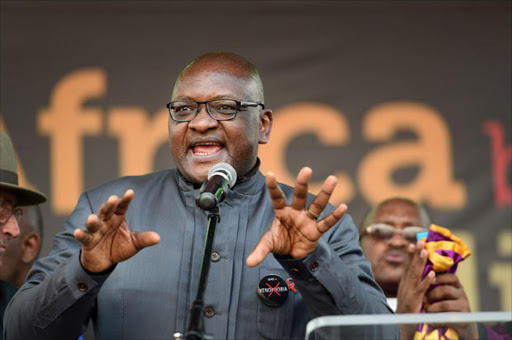 Gauteng premier David Makhura says his government has launched a war on crime and that the time for speeches is over. Gauteng police have has so far arrested more than 500 individuals suspected of crimes ranging from gender-based violence to the possession of stolen goods, such as cars and illegal weapons.

These arrests follow weeks of the province's authorities conducting raids in the city centre, in an effort to eradicate the sale of counterfeit goods.

“In the past 24 hours, Gauteng SAPS arrested 541 suspects on various crimes - among them gender-based violence, drugs and stolen vehicles, illegal weapons, murder and robbery. We're on the ground taking action to stamp out lawlessness and criminality. No more speeches,” he said via Twitter on Thursday.

Johannesburg mayor Herman Mashaba has been at the forefront of the raids. Three weeks ago, he accompanied police and tax officials in the seizing of fake goods, which were said to amount to R15m in value.

It was sad to watch as relatives of drug mule Nolubabalo "Babsie" Nobanda emotionally welcomed her back home yesterday after she spent eight years in ...
Opinion
2 years ago

Convicted rapist Nicholas Ninow deserves no less than a life sentence. That was the sentiment as activists and organisations reacted to the ...
News
2 years ago
Next Article