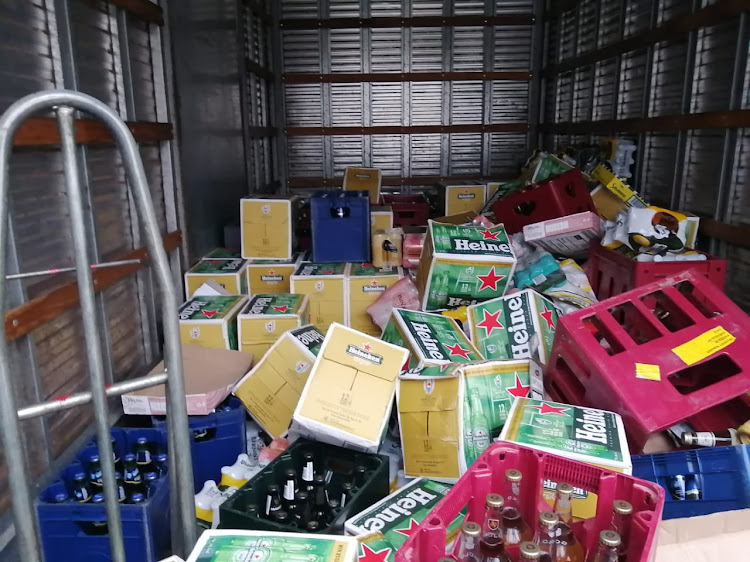 A man allegedly involved in the hijacking of a liquor truck in Umlazi, Durban, is set to appear in court on Monday.

Police spokesperson Capt Nqobile Gwala said swift action by police officers resulted in the arrest of the 35-year-old man, hours after he and three others allegedly hijacked the truck on Thursday.

“The driver of a truck and his crew were delivering liquor at a tavern in T Section, Umlazi, when they were approached by four armed men.”

Gwala said the men forced the truck driver and his crew into the back of the vehicle, before loading the alcohol into the vehicles they were travelling in.

“The suspects drove all three vehicles, including the truck, towards J Section, where they were intercepted by the police.

“Police arrested one man, while the other three escaped. They seized the vehicle containing the stolen liquor.

“The arrested suspect was found in possession of an unlicensed firearm and was charged with robbery,” Gwala said.

A driver escaped unharmed after his bus was allegedly hijacked as a strike by Metrobus staff got under way in Johannesburg on Monday.
News
2 years ago
Next Article