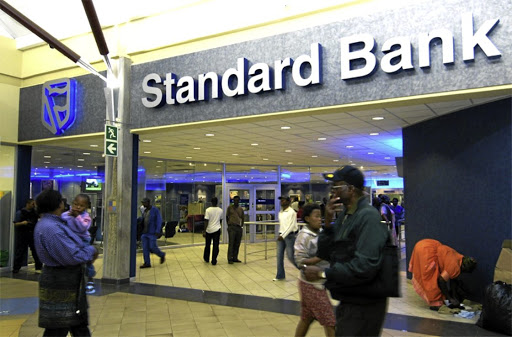 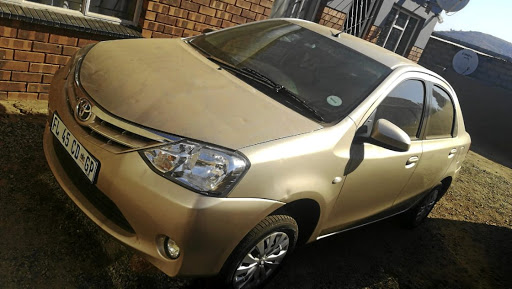 Standard Bank car insurance promised Rosina Phakathi's life to be simpler should she have an accident when signed up, but this did not turn out to be true.

Phakathi of Mamelodi East, east of Pretoria, said she decided to downgrade her policy with Outsurance in July last year as it was too expensive for her, and little did she know that the downgrade comes with power service as well.

Phakathi said if she had a choice to send her car to a panel beater of her choice, she would have no one to blame but herself for the shoddy workmanship delivered by Standard Bank's preferred panel beater.

After her car was damaged following an attempted hijacking, she lodged a claim which was approved and the car was repaired. But to Phakathi's surprise, she told Consumer Line, her vehicle experienced the same problem after she drove it for about 3,000km after it was repaired.

For the past eight months, Phakathi has been locked in a battle with Standard Bank whom she believes should bear the cost in repairing the engine which was damaged as a result of the substandard repair work delivered by Probeat Autobody.

For years SA’s banks have unilaterally been taking money from their clients’ current accounts to settle their credit card debt, often leaving too ...
News
3 years ago

Phakathi's case throws the spotlight on whether the insurance industry's preferred repairer scheme are leading to substandard workmanship, because these preferred panel beaters are paid less.

Her sister was averting a hijack at a notorious hijack spot in KwaZulu-Natal when she was forced to drive over stones as it was at night, Phakathi explained.

She said her car, Toyota Etios, was drivable after the incident and that there was no case to report to a local police station and could not notice the damage. "I only reported the incident after two weeks, when it showed a water [heating] sign," said Phakathi.

The car dealer diagnosed the water heating problem and said nothing about the engine problem. Though she had initially taken the car to her chosen panel beater, Standard Bank insurance did not authorise her claim and towed it to theirs, Phakathi said.

After repairs, she was told everything was in order, but the car later moved sideways like a crab, she said.

Internet banking fraud was the biggest source of complaints about banks for the third year in a row, but in 80% of these cases the Ombudsman for ...
Business
3 years ago

"I took it for wheel alignment but their preferred panel beater, who picked up a bent part on, said it would not cause any harm," she said.

Phakathi said the panel beater told her that Standard Bank insurance did not pay for the alignment of the car wheels. Phakathi said the insurance's preferred pane beater misdiagnosed the problem on her car the first time they accepted the job, now their shoddy workmanship is causing her sleepless nights and unforeseen in financial challenges.

Since November, she had been to and from Probeat Autobody for service intervals until it stuck at the dealership's door after it had clocked 3,000km following the hijacking incident, Phakathi said.

She said it was after the car broke down that she was told Probeat had a 1,500km warranty on their workmanship.

"This was only revealed after the car experienced the similar problem. I was not told the limit of kilometers to drive after collecting the car from Probeat, or guarantee for that.

"Also, I did not cause the resultant damage on the car as I was told it was fine," she said.

If you are unhappy with your excess, it is best to pay it and get your claim settled, and then dispute it with your insurer.
Business
3 years ago

Trying to use the car's warranty could not help as Toyota told her that it was invalidated when Standard Bank took the car to their preferred panel beater.

Phakathi believes that Pongola Toyota in KwaZulu-Natal, where the car was initially towed to, would have done a sterling job had Standard Bank authorised her claim in the first place.

She said their assessor from the bank who was sent to collect her car from Pongola Toyota lied to her and the dealership when taking the car to Probeat Autobody.

"The assessor told Pongola Toyota that the insurance has not authorised the repairs. The assessor also told me that Pongola don't have some parts to fix my car, hence he would tow it to Pretoria," Phakathi said.

"He lied, because he wanted the cheap service provider and he affected my life about that.

The quotations that Consumer Line has seen, showed that Probeat was cheaper than the quotation provided by Toyota.

"Which tells me that the insurance saved money by choosing Probeat and poor work was done on my car to save costs," Phakathi said.

Responding to Phakathi's complaint, Tatenda Goredema of Standard Insurance Limited said they have assisted Phakathi in accordance with her existent policy.

Goredema said the vehicle had pre-existing overheating problems prior to the panel beater starting repairs. He said this issue was noted in the correspondence and communication to Phakathi.

He said Standard Insurance Limited believed that the panel beater did repair the vehicle in accordance with what was allowed, according to the assessors quote and consistent with Phakathi's policy.

"We also believe that the workmanship to the vehicle was satisfactory," Goredema said.

However, Phakathi is adamant that there was no pre-existent of overheating, adding that she was advised to repair the problem.

Welcoming the Competition Tribunal’s confirmation of its settlement agreement with Citibank NA regarding the bank’s involvement in a forex trading ...
News
5 years ago

The events of the past few weeks in South Africa, including the release of the Public Protector’s state capture report, are signs of how the ...
News
5 years ago
Next Article