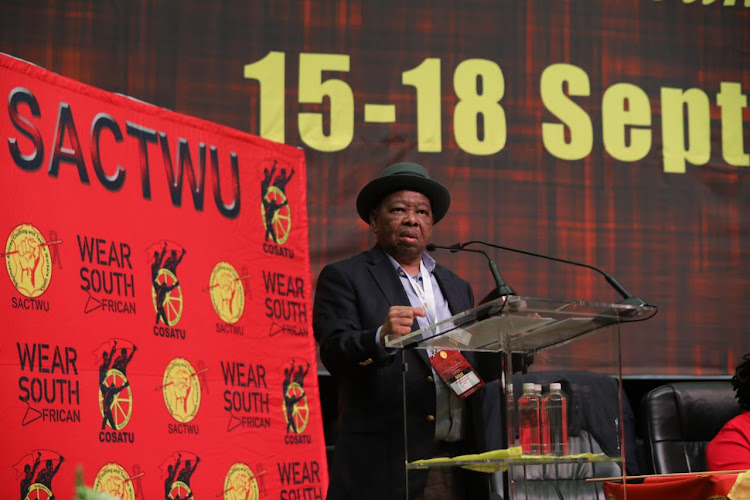 Blade Nzimande says African leaders must “get their act together”.

The minister of higher education, science and technology was addressing hundreds of members of the Southern African Clothing and Textile Workers' Union (Sactwu) at their national congress in Durban on Monday.

Denouncing attacks on fellow Africans in SA in recent weeks, Nzimande, speaking in his capacity as general secretary of the SACP, said SA could not be looked upon to absorb foreigners whose leaders had looted their countries.

“African leaders themselves must get their act together, such that they don't destroy their country and people have to leave. As South Africa, we cannot absorb the result of all the problems that are made by leaders who want to loot their country, who do not care about their own people.”

He said South Africans could not be blamed for wanting jobs in their country and questioned the motives of other African leaders.

“What are you doing to make your countries better places to live in? We are saying, let's not attack foreign nationals, but part of the problem is instability that leads to South Africa having to absorb what it is not able to absorb,” he said.

President Cyril Ramaphosa is expected to address the workers shortly.

So far the focus has been on women who are mostly at the receiving end of gender-based violence but the SACP believes that focus should also be put ...
News
2 years ago

Government has set aside more than R80bn for the next three years to ensure that prospective students from poor and working-class families have ...
News
2 years ago
Next Article