One killed, 30 injured as crane falls off truck onto taxis and car in Durban A crane fell off a truck onto two taxis and a car in Durban, killing one person and injuring at least 30 others.
Image: Supplied

A massive crane fell off a truck in Merebank, Durban, shortly before midnight on Friday, smashing into two taxis and a car.

One person was killed and about 30 were injured.

The 80 ton crane came loose from the trailer of the truck it was being towed on and rolled down Himalayas Road in the south Durban suburb, said Rescue Care paramedics director Garrith Jamieson. The scene was “absolute chaos”.

“An abnormal truck carrying a trailer with an 80 ton crane on it somehow got dislodged from the horse and began to roll down Himalayas Road. The trailer then crashed into two taxis and a vehicle near the intersection of Simla Road," he said. 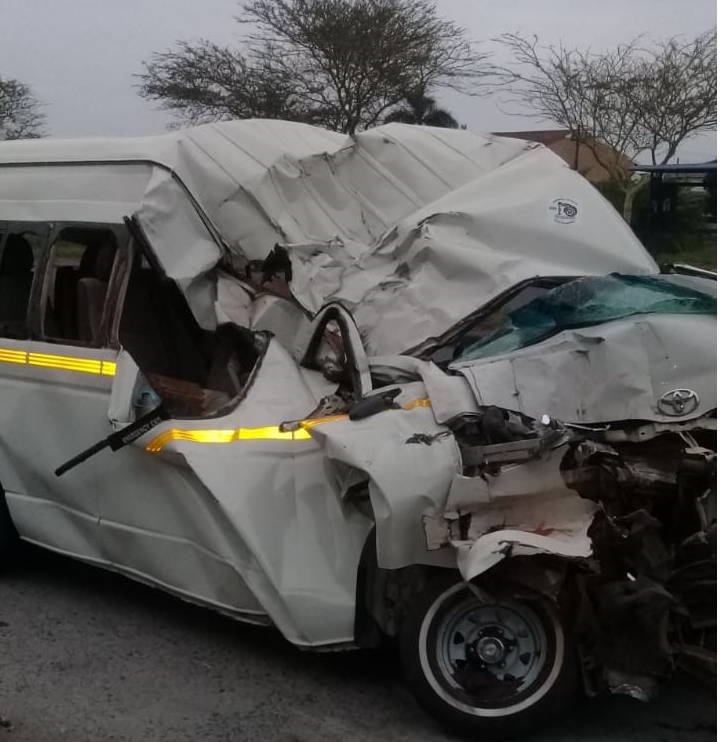 One of the taxis that was struck by the crane.
Image: Supplied.

A massive crane fell off a truck in Merebank, Durban, shortly before midnight on Friday, smashing into two taxis and a car.

There were multiple casualties with some victims trapped in the wreckage, he added.

Heavy duty cranes had to be used to remove the dislodged crane, while emergency services used the Jaws of Life and other equipment to free those who were trapped.

“This was a mammoth task and the last patient was freed approximately five hours later,” said Jamieson.

The thirty injured were taken to various Durban hospitals for treatment.

By 7.30am on Saturday, the affected roads were still closed to traffic. 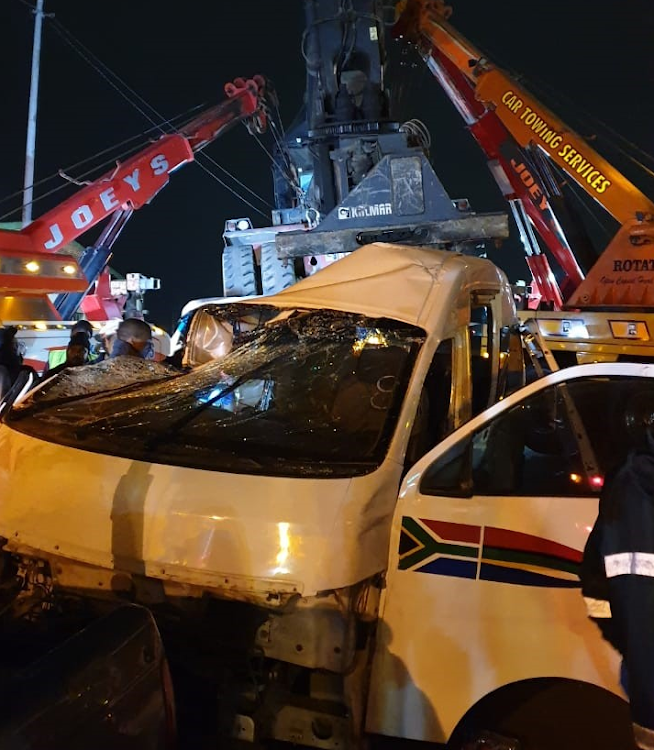 The carnage after a crane fell off a truck onto two taxis and a car in Durban.
Image: Supplied

Nine dead, eight injured in a horror crash in Mpumalanga

Nine people were killed when a minibus taxi and an articulated truck collided on the N11 Road between Middelburg and Hendrina  in Mpumalanga on ...
News
2 years ago

A horrific accident between a taxi, a truck and a car left two people dead and 16 injured in Benoni on Monday morning.
News
2 years ago
Next Article