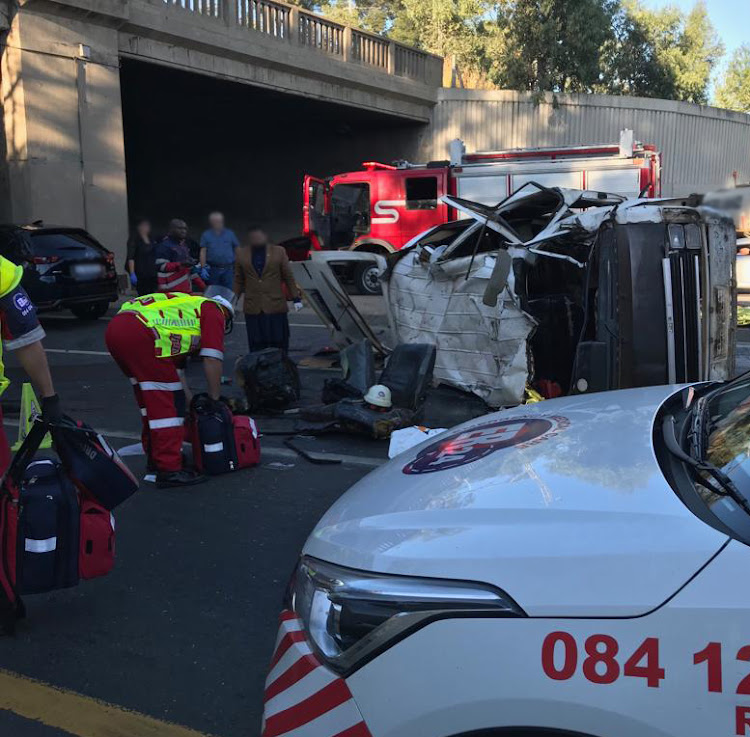 Two people were killed and 16 injured in a three-vehicle crash in Benoni on Monday morning.
Image: ER24

A horrific accident between a taxi, a truck and a car left two people dead and 16 injured in Benoni, east of Johannesburg, on Monday morning.

According to ER24 paramedics, the accident took place on Snake Road, under the N12 freeway, shortly after 7am.

"ER24 paramedics came across the scene ... where they found a taxi lying on its side and several passengers lying outside the taxi. Unfortunately, two of them sustained fatal injuries and were declared dead at the scene by paramedics," said spokesperson Ineke van Huyssteen.

Sixteen other people suffered injuries ranging from minor to moderate and were taken to hospital.