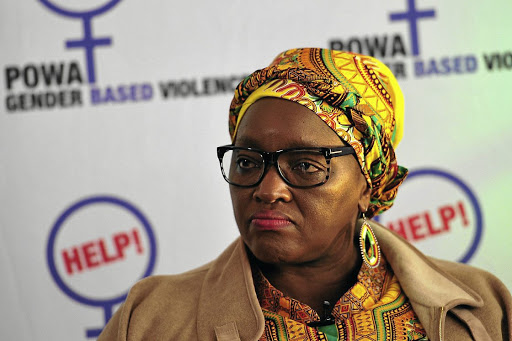 “It's time that everyone takes up women's issues seriously. We are not numbers, we are human beings.”

ANC Women's League president Bathabile Dlamini conveyed this message at the high court in Pretoria where Nicholas Ninow was standing trial on Wednesday charged with the rape of a seven-year-old girl at the Dros restaurant in Silverton, Pretoria.

Ninow has pleaded guilty to rape, defeating the ends of justice and possession of drugs. He pleaded not guilty to assault.

On Wednesday, evidence from the child was heard in camera.

The court was cleared and only officials, lawyers and Ninow's family remained inside while she gave evidence via CCTV.

Dlamini said the case, and others like it, required women to come together on a single platform of action “because in South Africa violence has strong roots and women feel as if they are in a war zone”.

“When women are killed in their homes, outside their homes, at work, we need to take the matter urgently,” she said.

She said it should be the responsibility of the accused to convince the court of their innocence and not the state's responsibility [to prove otherwise].

Dlamini said the league had opened a debate about chemical castration for sex offenders.

“We are also saying there must be life sentence without parole. There must be no bail for sex offenders.

“Government must have proactive programmes and co-ordinate their work to support women,” she added.

Dlamini said there should not be discrimination against students because of where they studied or where issues of gender-based violence were concerned.

“They must not divide between rural and urban communities.”

She called for the publication of the names of all sex offenders.

The child's mother was expected to take the stand after her testimony via CCTV.