'Dros rapist' Nicholas Ninow back in the dock 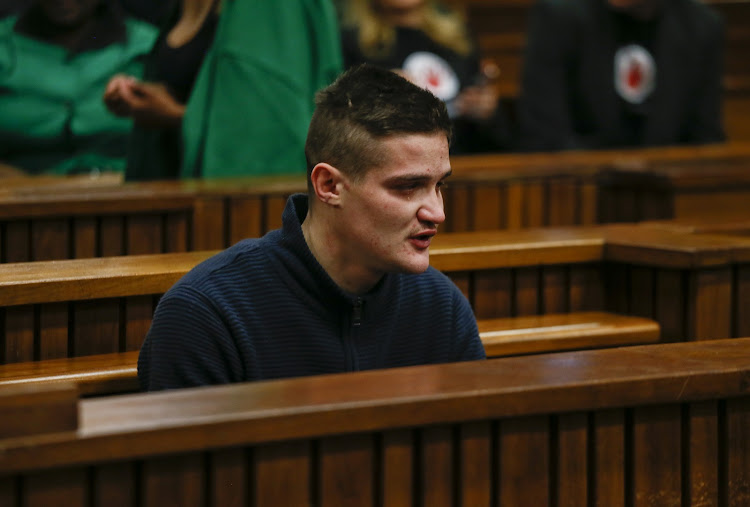 The trial of the man accused of raping a seven-year-old girl at a Pretoria restaurant last year enters its second day on Tuesday.

Nicholas Ninow pleaded guilty to rape, possession of drugs and defeating the ends of justice in the high court in Pretoria on Monday. He pleaded not guilty to assault.

The state is on Tuesday expected to call more witnesses after it rejected Ninow's plea explanation, which the prosecutor said lacked details about the incident.

"The plea explanation does not sketch out directly how the incident occurred, and as such the state will continue with the trial," said prosecutor Dora Ngobeni.

Evidence placed before the court revealed that Ninow had been drinking "substantial" amounts of alcohol and consumed drugs when, by his own admission, he raped the child.

It also emerged during the first day of trial that he had been drinking beer and shooters at the Dros in September 2018. He also moved tables to sit closer to the kiddies corner, the court was told.

In his plea explanation, read out in court by his counsel Herman Alberts, Ninow said: "After consuming the liquor, I felt nauseous and I went to the toilet. I was paranoid and afraid that the manager of the restaurant had noticed that I was under the influence of drugs."

His plea explanation also contained graphic details of how he raped the seven-year-old.

"While I was busy taking the Cat, the complainant pushed open the door. She said she wanted to urinate," said Ninow.

He said he put the child on the toilet seat.

Nicholas Ninow changed tables at the Dros restaurant where he raped a seven-year-old child so that he could be closer to the kiddies' corner.
News
2 years ago

The Department of Correctional Services has denied social media reports that Dros restaurant rape accused Nicholas Ninow had been admitted to ...
News
3 years ago

For decades rape has been used by white males to dehumanise women of colour.
Opinion
3 years ago
Next Article