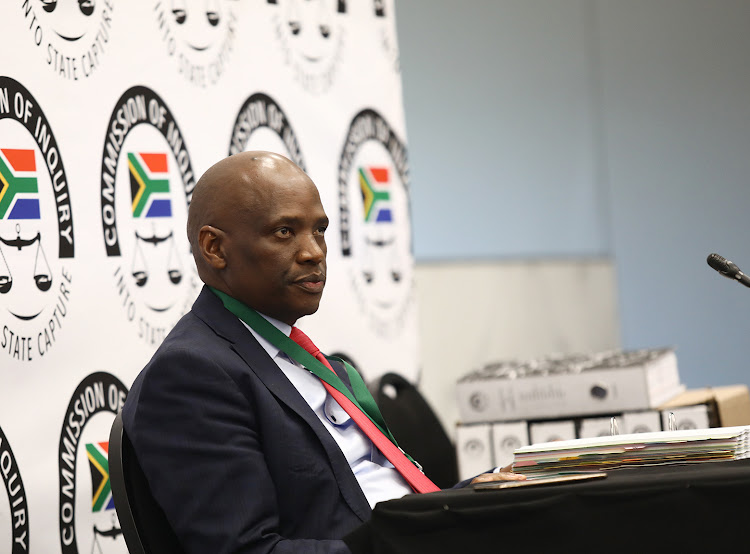 Former SABC executive Hlaudi Motsoeneng says he feels insulted when claims are made that he lied about his qualifications.

Testifying for the first time at the state capture inquiry on Tuesday, he did not waste any time in making an opening statement which slammed reports that he lied about having completed matric.

Speaking about his early career, Motsoeneng said he started working at the SABC as a freelancer in 1989, while he was still in school. He said he continued as a freelancer until 1995 when he was headhunted by then SABC head of news, Alwyn Kloppers, for a permanent position.

"I declared from the onset to [Kloppers] I don't have matric. He said to me but you are so talented, I don't think I need matric for you to work for SABC because I have seen your contribution while you were still freelancing.

"Before I joined SABC permanently, they took me to a course to go and learn about broadcasting. Normally, SABC don't take freelancers. It has never happened in the history of the SABC, I'm the first person to be taken," Motsoeneng said.

"It was a well known fact that I don't have matric. On 17th of February 1995, I received a letter, immediately after completing the course, that you are employed permanently ... There was no condition for matric."

"It is an insult for people to say that I have lied about matric. It is a very serious issue to me, it doesn't go well with me when everyone, media and others portray me as a liar, including the public protector," Motsoeneng said.

"The only person who can say I lied is my employer, the person who went and headhunted me and the management of Lesedi FM ... People have been tarnishing my name about this matric certificate. This public protector, I don't know what was happening in her mind with due respect. I denied lying about matric several times ... she pushed. I never lied, God knows that I have never lied."

In a 2014 investigation, Madonsela found - among other things - that Motsoeneng committed fraud by stating in his application form to the SABC that he had completed matric at Metsimatsho High School in QwaQwa.