New, single marriage law proposal based on ‘principle of equality’ 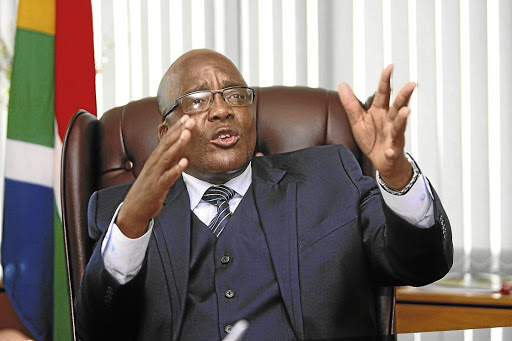 Government is developing a new marriage policy for the country with a view to create one single consolidated marriages act, home affairs minister Aaron Motsoaledi has said.

“A new, single marriage act will enable South Africans of different sexual orientation, religious and cultural persuasions to conclude legal marriages that will accord with the constitutional principle of equality,” he said.

On Friday,  Motsoaledi hosted the first of a series of dialogues with relevant interest groups, which include gender and human rights activists, traditional leaders, religious leaders, academia, NGOs and government leaders. These dialogues have been scheduled for the next two months and the minister envisages that the proposed new bill will be ready for submission to the cabinet by March 2021.

Motsoaledi said the new law will be based on the principles of equality, human dignity and non-discrimination.

He said in an interview with Business Day that the current regime does not cover a lot of things, including Muslim and Hindu marriages, and the traditional marriages of African royalty. He noted that many women in such royal marriages are not protected by the law.

Money has replaced cattle, will talks make way for a prepackaged form?
Opinion
1 year ago

Prohibition of under-age marriages — particularly under-age girls — would codify in law the protocol on gender and development of SADC, which SA has ratified.

The current regime also does not forbid various kinds of fraudulent marriages, for example where a woman is contracted in marriage to a partner without her knowledge because her identity documents have been stolen or because of corruption by government officials. In the past financial year, the department of home affairs annulled 1,160 such fraudulent marriages.

Have you ever been involved in lobolo negotiations where everything in the end seemed delayed because somebody has to write down what the families ...
News
1 year ago

The proposed law would make it more difficult for marriages of convenience — for example, to get citizenship — by requiring both partners to be present when registering their marriage at the department so the full implications of the union can be explained to them. There is often a misunderstanding that the marriage can be immediately canceled.

Another situation to be addressed by the new law is when a partner to an opposite sex marriage subsequently has gender realignment surgery. Currently, the department will automatically annul the marriage even if the partners want to stay married, meaning they then have to get married again.

Motsoaledi said there has been so many instructions from the courts to change SA’s marriage laws that it had been decided not to do this in a piecemeal way but rather undertake a complete overhaul.

DA home affairs spokesperson Joe McGluwa agreed that there is a need for a major reform of the country’s marriage laws but objects to the process launched by the minister, which excludes the portfolio committee of home affairs.

He said that in terms of the constitution it was parliament’s role to act as a forum for public participation, a function that is being undermined by the minister. He said it is “unacceptable” that the minister is engaged in major legislative reforms without keeping the committee abreast of the developments.