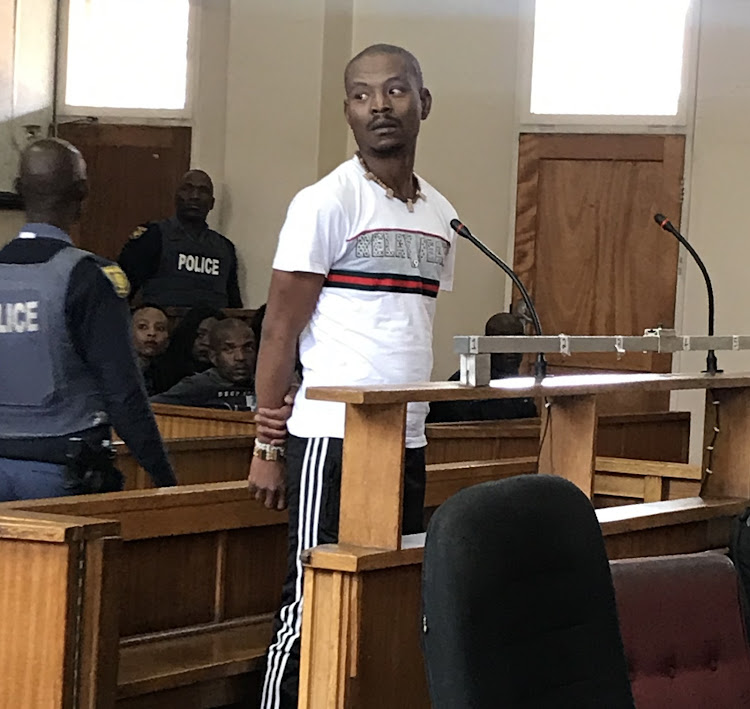 Dumisani Mkhwanazi, the man accused of murdering Palesa Madiba and burying her remains in a shallow grave.
Image: Tankiso Makhetha

The magistrate presiding over the Palesa Madiba murder case lashed out at the accused for failing to have a lawyer present in court on Wednesday.

Magistrate Zweli Zwakhe appeared annoyed with Dumisani Mkhwanazi for appearing in the Protea magistrate's court without knowing the whereabouts of his lawyer.

“We cannot continue without your lawyer. We need to continue with this matter. If you can’t afford a lawyer you can apply for a Legal Aid lawyer,” said Zwakhe.

“The court has waited over two hours for you to get your lawyer. I don’t know your lawyer’s name or surname and if he exists or not.”

Asked where his lawyer was, Mkhwanazi said: “My mother paid the lawyer yesterday and he was meant to be here today. But he told my mother that he is going to Pretoria because this case was going to be postponed.”

Zwakhe then asked Cpt Amos Manete, the investigating officer, where Mkhwanazi’s lawyer was. The officer said he called the lawyer eight times without reaching him.

“I spoke to the accused's mother and she said the lawyer would be here but he isn’t,” Manete said

The man accused of killing a University of Johannesburg student and burying her in a shallow grave will have to get a lawyer before his matter can be ...
News
2 years ago

Zwakhe postponed the matter until August 28 for Mkhwanazi's lawyer to be present.

Mkhwanazi, 36, faces charges of murder and defeating the ends of justice in relation to the 2013 killing and disappearance of Madiba.

Madiba’s uncle, Thabiso Tsoledi, reacted with frustration to the delays and said they had to remain patient.

“It’s a frustrating process and we have to suspend our feelings towards the matter. We have to remain patient because this is a legal system and he needs to be afforded an opportunity to get a lawyer,” Tsoledi said.

“We are glad the magistrate took a firm stance on this matter because we don’t appreciate coming here and not having progress on the matter,” he said.

The family of 19-year-old Palesa Madiba are happy that the man they have suspected of killing their daughter has been arrested. The University of ...
News
2 years ago

It’s alleged that Mkhwanazi was hiding in Protea after he had learnt the police were looking for him.

Madiba was born in Diepkloof, Soweto, on November 7 1992. She enrolled for a Bachelor of Commerce degree in accounting at UJ in 2011 and went missing on August 9 2013.

Madiba had spent the weekend at her friend Tshidi Mkwanazi's house in Phiri and was expected home in Diepkloof on the Monday evening.

Her remains were found in a shallow grave at Mkhwanazi's home on December 16 2015, after the police received an anonymous tip-off.

Mkhwanazi claimed she had last seen Madiba on August 12 2013, when she left home in the morning to go to work. She said she left Madiba with her uncle who was in her home at the time. The uncle was taken in for questioning by the police but was later released.

According to reports, he had taken out a restraining order against Madiba's family, claiming the family was harassing him about their daughter's whereabouts.