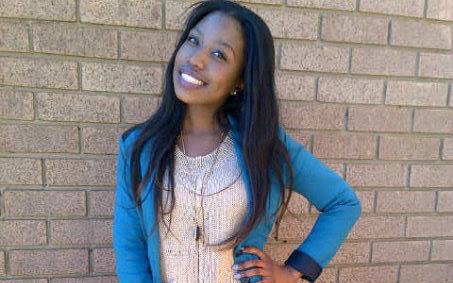 A suspect has been arrested for the murder of Palesa Madiba's murder.
Image: Facebook/Palesa Madiba

The family of 19-year-old Palesa Madiba are happy that the man they have suspected of killing their daughter has been arrested.

The University of Johannesburg student made headlines across the country in 2015 after her body was found buried in her friend's backyard in Phiri, Soweto, almost three years after she disappeared.

“We are happy but the important thing is that we need to know the truth about what happened to Palesa,” said her uncle Morena Madiba.

Madiba said the police breakthrough may lead to justice that the family has been desperate to see for six years. He said although his family has forgiven the perpetrator, they need to know the circumstances surrounding her death in order to move on.

“We have forgiven but we still need to know to find peace,” he said.

Madiba said that there has been no communication with the family of Tshidi Mkhwanazi, the friend of Palesa's  where she had been staying  and where her body was discovered. At the time of Palesa’s disappearance in 2013, Mkhwanazi said she left her friend sleeping while she went to work.

“We have not received any support from that family and we have even been banned from going to their house,” he said.

After almost four years of extensive investigations, police have arrested the first suspect in the murder of 19-year-old Palesa Madiba
News
2 years ago

Family and friends of Palesa Madiba, a missing University of Johannesburg student, gathered in Phiri, Soweto, on Wednesday after police uncovered a ...
News
6 years ago

Madiba, who was in court on Tuesday to face his niece’s alleged killer, said he believed she would have gone far in life if she was still alive.

“We are a praying family and only God knows where she would be today. All I can say is that we supported each and everything she did and believed in her,” he said.

Col Lungelo Dlamini confirmed that a male suspect was arrested on Monday July 29.

“There was an investigation and he was arrested. We think he may be responsible,” he said.

Dlamini said the suspect, who cannot yet be named, appeared in the Protea Magistrates Court in Johannesburg on Tuesday where his case was postponed.

“He will appear again in the Protea Magistrates Court on the 7th of August,” he said.