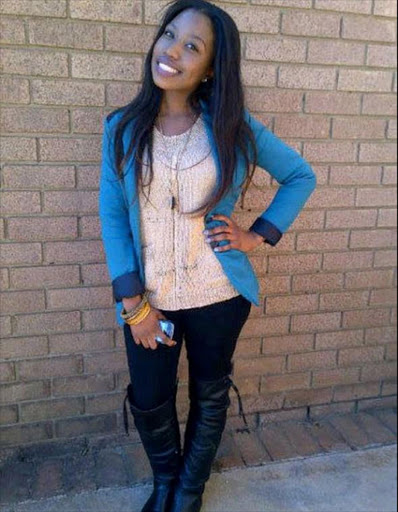 Police could on Wednesday not confirm reports that the body found buried in a Soweto yard was that of missing UJ student Palesa Madiba.

Brigadier Mashadi Selepe said they could not divulge any information to the media until their investigation had been completed.

Broadcaster eNCA reported that police had confirmed that the remains found in Phiri, Soweto, on December 16, were Madiba's.

"We cannot control what the family divulges to the media. The family is privy to information in the investigation and they have a right to share whatever information they see fit. As for the police, we are not at liberty to confirm or deny anything at this point. Until such a time that we can conclude our processes," Selepe said.

She said police were currently with the family.

Madiba disappeared in August 2013. ‎She had spent the weekend at a friend's house and was expected back home in Diepkloof on the Monday evening. She was last seen at the house, which belonged to friends of Madiba's, where the remains were found in a shallow grave.