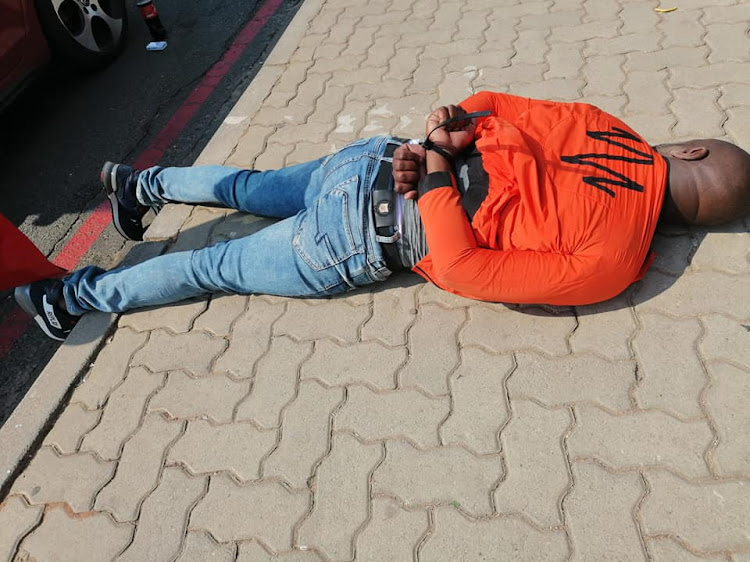 The trio was arrested after a joint operation by the JMPD's K9 Unit, the Hawks, Bad Boyz Security, Saps and Tracker.
Image: JMPD Chief David Tembe

The Johannesburg metropolitan police department (JMPD) has arrested three men believed to be part of the infamous Rolex Gang.

They were arrested following a joint operation by the JMPD's K9 Unit, Hawks, Bad Boyz Security, SAPS and Tracker.

On Sunday, a task team was activated after information was received that the group would commit a robbery in Sandton, Johannesburg.

The trio was spotted in Sandton, allegedly scouting for possible victims.

They were travelling in a Golf 6 GTI with fake number plates and a Renault Sandero.

Minnaar said the men later made their way to the Pineslopes shopping centre in Fourways, where they seemed to have spotted a victim.

Both cars left the mall and closely followed a vehicle to William Nicol Drive.

Minnaar said with assistance from the Pretoria Saps Air Wing chopper, both cars were stopped and the suspects arrested.

It took less than a minute for the so-called "Rolex gang" to steal a watch off the wrist of a German man at a Johannesburg petrol station. This ...
News
3 years ago

Sizakele Nkosi-Malobane on Wednesday said two suspects allegedly linked to the "Rolex Gang" in Sandton had been arrested.
News
3 years ago
Next Article