Case of son 'killing' stepfather with an axe postponed 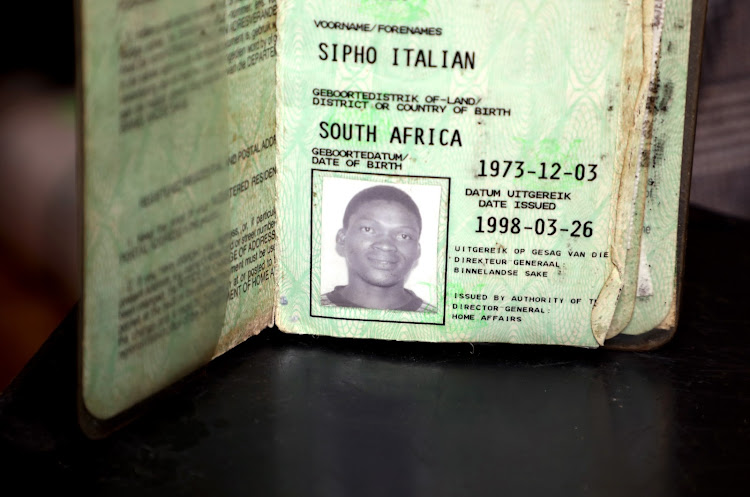 Sipho Lisatha who was allegedly killed by his step-son
Image: SANDILE NDLOVU

A 24-year-old man who was charged with the murder of his stepfather after he allegedly struck him on the head with an axe will have to wait another week before knowing if he will be granted bail.

Mzekelo Nxesi appeared briefly in the Tembisa magistrate’s court on a charge of murder after he allegedly killed his stepfather Sipho Lisatha.

His matter was postponed to August 21 to allow him to secure legal representation and apply for a formal bail application.

Nxesi and his mother were initially both arrested at her Tembisa home after Lisatha’s murder on Saturday August 3. The mother was released from custody as she could not be linked to the murder.

Nxesi allegedly killed Lisatha after he found him assaulting his mother and allegedly threatening to kill her.

Previously, Sowetan reported that the deceased and Nxesi’s mother were involved in a physical fight.

"According to his [Nxesi's] statement, his mother, 46, called him, saying his stepfather was assaulting her and that he was threatening to kill her," said a police officer.

The police officer said the son did not live with his mother.

"He said he came with his friends and arrived at the scene of the crime. He knocked on the door and his mother shouted for help," said the officer. "He said the burglar door was locked but the door to the house was not. He could see his stepfather on top of his mother, assaulting her.

"He said he saw that he was wielding an axe and threatening to chop her up."

The suspect is said to have broken a window and gained access to the shack. He wrestled with his stepfather for the axe and disarmed him.

"He said he then hit him once on the head and watched him fall to the ground. He left the scene when he realised what he had done," said the police source.

At the time, Slindelo Booi, a neighbour, said she heard the commotion that evening. She said the deceased was lying on the floor bleeding profusely when she entered their shack.

She said she was with the couple earlier in the evening and that they did not seem to be at odds at all. "[Later], children came to us and said they heard the pair fighting in their shack, and that it seemed worse than normal," Booi said.

"I took it lightly because the couple was in the habit of fighting. I found the woman performing CPR [cardiopulmonary resuscitation] on the deceased and begging him not to die," she said.

Another neighbour, Anathi Ndima, said she saw Nxesi walk into the yard.

"I heard him calling out for his mother. I then heard the window being broken and less than 30 minutes later, I saw the boy [suspect] rushing out," Ndima said.

Spokesperson for anti-gender based violence organisation #TotalShutdown, Lesley Ncube, said the criminal justice system needed to show more empathy towards women who have been found to be on the wrong side of the law.

“There needs to be better mechanisms in the criminal justice system that show support to the women who are accused of killing their abusive lovers in self-defence. They should not be detained longer than the normal procedure recommends,” Ncube said. "They should be treated like victims because that’s what they are.”