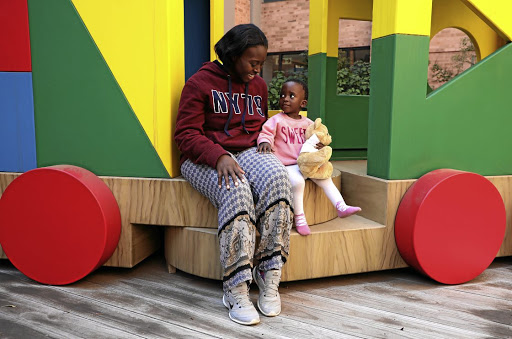 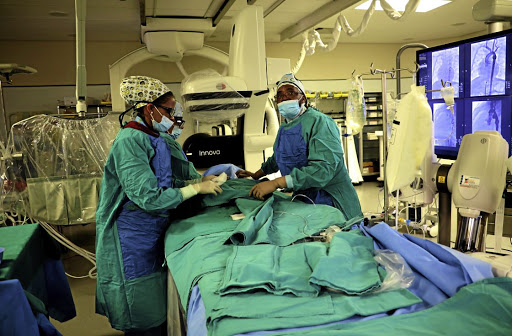 For two years a mother from Katlehong on the East Rand battled to figure out what was wrong with her sickly child.

She later learned her daughter was born with a congenital heart defect that could have killed her from heart failure.

Queen Mabuyangwa, 29, said her daughter Thato, 2, was almost too old to receive a simple life-saving procedure because her child's heart defect was not picked up at birth.

"She was always sick and going to hospital. She had fever and shortness of breath. This was supposed to be picked up when she was born," she said.

Mabuyangwa said she took her child to different clinics because she was not getting better. "Even when I got job interviews I was unable to go because she was always sick."

The mother of two said it was only in March that she was told that her daughter had a hole in her heart that didn't close after birth. The only way for little Thato to recover would be through a nonsurgical closure of the hole.

The field of cardiology features several subspecialties.
SebenzaLIVE
1 year ago

Mabuyangwa said she was surprised by how easy the procedure which was done at the Nelson Mandela Children's Hospital in Parktown, Johannesburg, was. "I was nervous because they told me about the complications that she might have... but she recovered almost immediately," she said.

She said the little one was running around soon after the procedure.

"I want to see her succeed in everything she does and to never come back to hospital."

Yesterday, an eight-month-old baby who was also born with a hole in his heart underwent a similar procedure at the hospital. The doctors are appealing to the public to take note of their children's heart health to save their lives on time.

Prof Hopewell Ntsinjana, the head of cardiology at the hospital, made this appeal during the launch of the Little Heroes Initiative. The initiative was launched in conjunction with Abbot to bring awareness to congenital heart defects in children, particularly with patent ductus arteriosus (PDA) which babies are born with.

"The quicker you get medical help the better. Some kids become way too old and then we can't help him."

Keyhealth under fire over refusal to pay for PMB condition

Your scheme may never pay prescribed minimum benefit claims from your medical savings account, as this is prohibited in terms of regulations under ...
Business
1 year ago

Ntsinjana said the condition is the failure for a natural hole in the heart to close after a baby is born. This happens to one in 2,000 births. He said girls were twice as likely to be born with the condition, while 11,000 children are born with some form of congenital disorder in the country yearly.

Symptoms vary on the severity of cases; some include fatigue, lack of growth and recurring infections. However, doctors pick up the condition by hearing a heart murmur through a stethoscope.

"In some children the hole doesn't close because of various issues such as maybe the baby has an infection in the mother's womb or the baby was born premature," he said.

Though the procedure is not new, the hospital was the first in the world to benefit from the donated devices by Abbot, which cost R30,000 each.