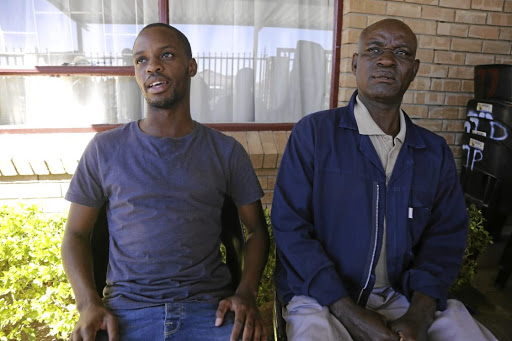 Tlou Nkoana's brother Maropeng and his father Maite Nkoana are demanding answers from the alleged killer of their brother and son.

The father of another Limpopo student stabbed to death, allegedly by a 17-year-old pupil, wants the suspect to tell the court why he murdered his son.

Tlou Nkoana, 23, from Ivy Park in Polokwane was stabbed in full view of patrons on Saturday night while with friends at a music event. He later died at the hospital.

Tlou's father Maite Nkoana, 67, told Sowetan yesterday that he wants the alleged killer to tell the court why he killed his son without any provocation.

"I don't know why he killed my son but what I hear is that the suspect is part of the Flora Park gang that goes around robbing and intimidating people.

"My son sustained a deep stab wound in his neck and my three fingers could fit [in it]. [There is] one wound on the shoulder and another one on his right hand," he said.

Tlou's murder happened less than 2km away from where another student Thorisho Themane was killed in March. At least seven high school pupils were arrested for Themane's murder. The killing was captured on video which subsequently went viral on social media.

Police spokesman Col Moatshe Ngoepe said police have arrested a 17-year-old pupil from one of the high schools in Polokwane for Tlou's murder.

"The suspect . was arrested on Monday for the murder which happened on Saturday. The motive behind this incident is not clear at this stage but the ongoing police investigation will tell," he said.

Tlou's friend, who wished to remain anonymous, said the incident happened at the Polokwane Wrestling Hall during the annual Gika July event where upcoming artists perform. 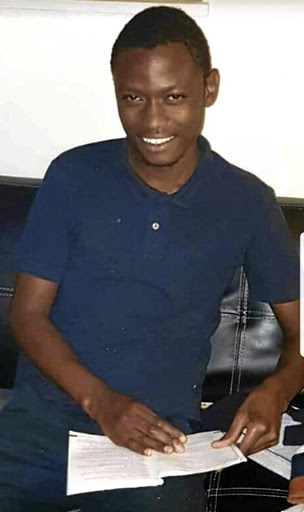 Tlou Nkoana was killed at a local hall during a music gig.

"We were there to support one friend who is a hip-hop artist because the event promotes local talent. There were five of us and some didn't have entrance tickets. I went inside the hall to buy more tickets which were R100 each and I left my friends outside."

He said when he went back to join his friends they were approached by a group of boys.

"They asked us who is not afraid of them and none of us responded. At the time Tlou had stepped aside from the group and when he came back one of the gang pointed at him.

"He then approached Tlou and pulled out a butcher knife and started stabbing him without saying a word. He tried to run and managed to jump a small fence but he collapsed, and the man stabbed him again.

"As Tlou was down the group left in a silver VW Jetta, only to drive back to the scene in few minutes," he said.

Nkoana said he saw his son soaked in a pool of blood.

"I was watching the Bafana Bafana game against Egypt on Saturday when I got a call from my other son informing me something bad had happened to Tlou.

"When I arrived at the scene I found him lying helplessly and nobody seemed to care. He was unconscious and bleeding profusely.

"I was with my wife and my other son. We carried him into our vehicle and put him on the back seat. There was blood everywhere in the car because he couldn't stop bleeding."

He said the family is heartbroken because Tlou was a final year BCom accounting student at Damelin in Braamfontein, Johannesburg. "I expected a lot from him because he would be completing his studies."

Tlou's older sister Ngokoana Nkoana, 27, described him as a calm person who loved football. She said he'd be buried in Polokwane on Saturday.

The Zwelibi family of Lower Crossroads are in shock after three of their children were shot dead on Saturday in Philippi.
News
3 years ago
Next Article