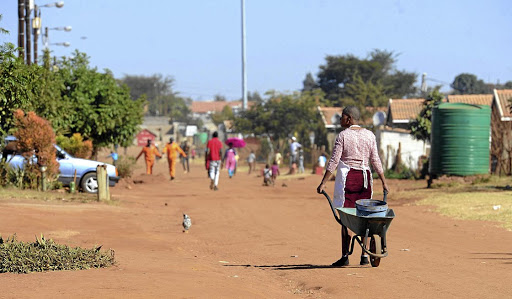 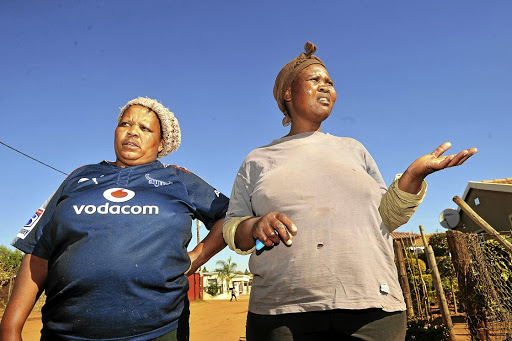 Residents from a rural community have had to go to the bushes and use buckets to relieve themselves after portable toilets they have been using for five years were abruptly removed from their area.

Community leader Betty Dikobo from Refilwe in Cullinan, outside Pretoria, said they were shocked when they woke up on Tuesday to find the contractor removing the toilets they rely on.

She said though they have toilets inside their RDP houses, they have not been able to use them for five years because they do not have running water in their yards. "The contractor told us that their contract with the municipality ended in April and that they had to be removed," she said.

Dikobo said a few toilets have been delivered by a new contractor to some sections, while the old ones were still there.

However, when Sowetan visited the area yesterday, no toilets were found in that particular extension.

"If you have a runny tummy, you have to defecate in a bucket and leave it outside. When it gets dark, we collect our waste in buckets or plastic and go throw it away," she said.

"In our homes we have sick people, pregnant women, people with disabilities, and children who have nowhere to relieve themselves."

Dikobo said the few toilets that had arrived were not sufficient for the entire community because they were far from other sections. "On Wednesday, we protested in Extension 7 with the purpose of taking toilets from there and delivering them to the municipality. Unfortunately, some people took advantage of the situation and burnt one of the toilets."

Spokesperson for the City of Tshwane, Lindela Mashigo, confirmed to Sowetan the service provider's contract with the city had expired, and claimed that they had replaced 80% of the toilets.

"The remaining 20% is being fast tracked," Mashigo said.

Lindiwe Kabini, 30, said because of rising tensions between the different sections, her family had been too afraid to walk to the toilets available in the other sections.

"They aren't enough, they are far and they fill up quickly. Obviously, people are going to start getting angry," she said.

Kabini, who lives in an RDP house with her three children, said although there were toilets in the houses, there was no water, which means it was impossible to use them. "Imagine using a toilet inside the house that has no running water. We will get sick, the house will start to stink and it's unhygienic."

The community uses communal water tanks placed at several key points. Apart from a lack of water and sanitation, the section of township of the DA-run municipality does not have a school for the children.

"Our kids have to travel far for school. In fact, when schools open I have to take my children to my aunt's house in Mamelodi where they can go to a decent school," said Kabini.

The community also has a problem with electricity.

Sunday Mokwena, who has been living in the area since 2014, said: "Every Monday at 6pm the electricity goes off and doesn't come back until the next day. No one ever notifies us about what is going on. Are we supposed to suffer because of this municipality? Why did they take over this area if they are unable to take care of it?"