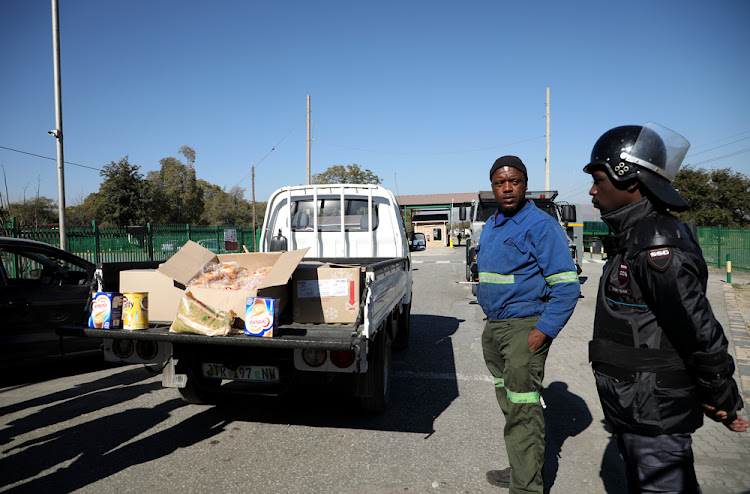 Sleeping on concrete floors with no proper sanitation and water; these are some of the conditions experienced by the 290 miners who are staging a sit-in at the Lanxess chrome mine in Rustenburg.

This is according to protesting miners who have, for the past seven days, staged a sit-in underground.

The miners launched their protest action after one of their female colleagues was allegedly sexually harassed by the mine captain.

One of the protesting miners Alpheos Tselana, 33, said among the issues they are complaining about is that they don't have underground allowance.

He said that the striking miners had no plans of coming to the surface unless management was prepared to meet their demands.

"We are only getting out to the surface if management will give us what we want. For now we survive by singing struggle songs and having church services three times a day," Tselana said.

"Its cold and some of the people are starting to get sick from sugar diabetes as they have not been able to take their medication. Some are suffering from flu," Tselana said.

Tselana said they have not had a bath for seven days.

"We don't have toilets, no warm water or blankets. So far eight of our members have been rushed to hospital and management does not want to supply us with an ambulance and the on-site mine clinic is locked," Tselana said.

On Tuesday morning Numsa members delivered rolls, sugar and coffee for the members, however security guards refused for the food to be sent underground.

Bheki Buthelezi a union official said they were told by the head of security not to take food down to the miners.

"This is despite the fact that an agreement was reached by our top leadership for the food to go down. We have just been informed that no food will go down. The company is very wrong they want people to starve to death," Buthelezi said.

Numsa union members are now camped outside the mine.

Fighting for our men sing women who have gathered outside Lanxess chrome mine @SowetanLIVE #Lanxessminers pic.twitter.com/QtVGoRAjfw