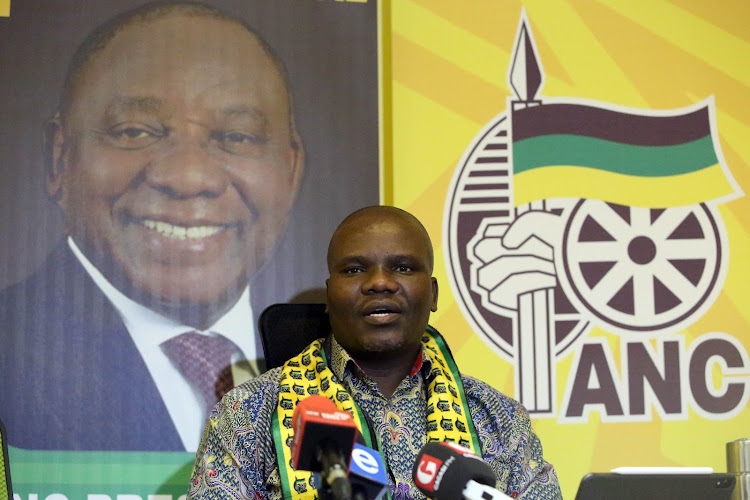 The ANC in KwaZulu-Natal has requested an urgent meeting with President Cyril Ramaphosa to discuss what it calls the "Hollywood-style" arrest of its officials by members of the police task team investigating political killings in the province.

ANC provincial secretary Mdumiseni Ntuli told a media briefing in Durban on Tuesday that they had written to party secretary-general Ace Magashule to request a meeting between the provincial leadership and the party's top brass, including Ramaphosa, to express their concerns about the behaviour of some of the investigators and the police.

"Some of these arrests are celebrated - as they should be, because they are sending a signal that we’re intolerant of wrongdoing - but the manner in which they are being done creates a perception of political manipulation and conspiracies," said Ntuli.

"We want to put that before the president. We’re not going to say to the president, 'Stop the investigations.' We want to say, 'Investigate arrests, but in a dignified way.'

"I know there is an argument that there is no dignity in thieving and there is no dignity to be accorded to those who are accused of doing anything that is wrong. But at least the way we handle it must not create fertile ground for people to believe that these are ANC problems and somebody is using the state to undermine and subvert the direction of the ANC in his own direction. So we will engage the president on that issue.

"This Hollywood style - that when people are arrested, it must appear as though we’re intending to embarrass rather than deal with the content of the problem - that’s what we’re going to take [to] the president and say to him, 'As national officials, please help us to deal with this matter,'" said Ntuli.

ANC in KZN is set to finally hold its controversial provincial elective conference.
News
3 years ago

In March last year, Ramaphosa asked his security cluster ministers to set up a police task team to urgently investigate political killings following his visit to KZN in the wake of the murders of former ANC councillor Musawenkosi Maqatha Mchunu and IFP councillor Sibiyiselo Dlamini.

Some of the high-profile arrests which have been made by the police task team included those of former Harry Gwala district mayor Mluleki Ndobe, who was among those arrested for the slain ANC Youth League leader Sindiso Magaqa's murder. But charges against Ndobe were later provisionally withdrawn due to a lack of evidence.

Ndobe, who pleaded his innocence in Magaqa's murder and threatened to "name and shame" those behind the allegations against him, has since been elected as deputy speaker in the KZN provincial legislature.

We can't allow political leaders to be slaughtered, says Ramaphosa

President says state will take serious and decisive action to stop the killings.
News
3 years ago

Charges against his co-accused, Zweliphansi Skhosana, were also provisionally withdrawn, while Sbonelo Myeza, 39, and Mbulelo Mpofana, 34, are still facing charges of murder and attempted murder in relation to Magaqa’s killing.

Newcastle mayor Dr Ntuthuko Mahlaba was also arrested by members of the police task team and is currently out on bail for the alleged murder of ANC Youth League official Wandile Ngobeni, while several ANC councillors have been arrested by the same team and are standing trial in Durban and Pietermaritzburg for killing their comrades.

Earlier this year, police minister Bheki Cele revealed that the task team had opened 163 dockets, 80 of which cases were for murder, 24 for attempted murder and 36 for intimidation and other charges. Of the 136 suspects who were charged, 16 are still in custody; 32 are out on on bail, and 27 have been convicted, while 25 people were detained for questioning and later released.