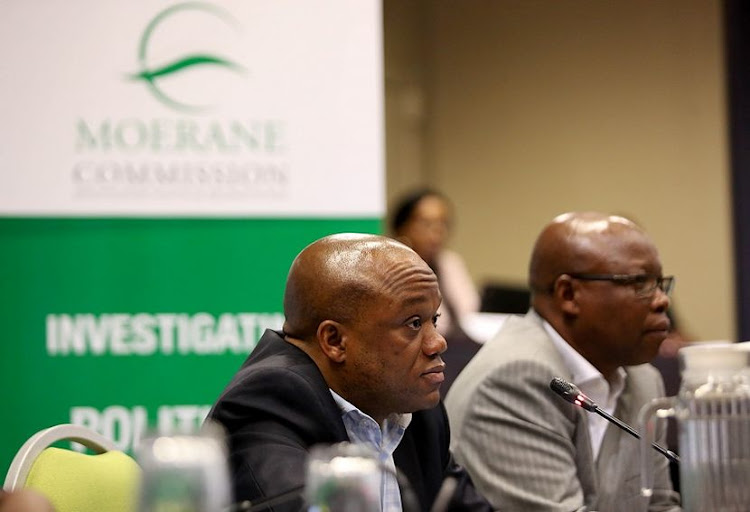 ANC KZN leader Sihle Zikalala was one of the people that appeared before the Moerane Commission.
Image: THULI DLAMINI

The premier of KwaZulu-Natal should release the Moerane Commission of Inquiry report into political killings in the province and implement its recommendations‚ says the ANC provincial executive committee (PEC).

The Moerane report is expected to be released before the end of this month.

ANC provincial secretary Mdumiseni Ntuli told a media briefing in Durban on Friday: “The PEC has noted that the commission has long concluded its work and submitted the report to the premier [Willies Mchunu] and the fact that work in government is underway‚ including the provincial legislatures through the portfolio committee of the premier and the portfolio committee on safety and security‚ reacting to the outcome of the commission.”

The Right2Know Campaign has launched a Promotion of Access to Information Act (PAIA) application to access the Moerane Commission report into ...
News
3 years ago

Ntuli added: “The PEC came to the conclusion that it will be in the best interest of the ANC-led government and our people to ensure that the premier’s office and the premier in particular is seized with the implementation of the recommendations emanating from the work of the Moerane commission.”

Speaking about regional conferences in the province‚ Ntuli said it was not possible to convene a successful‚ credible and legitimate conference in the Lower South Coast region and so the ANC provincial working committee (PWC) would re-configure the regional task team.

Regarding the outcomes of the Harry Gwala regional conference‚ Ntuli said that conference was accepted as legitimate but “certain comrades have appealed against the conference”. The PWC would set up a team to “determine whether or not there are any merits to the concerns”.

The Moses Mabhida regional conference‚ scheduled to take place on August 30‚ could not go ahead because members of the regional task team had decided to take the PEC to court.

The PEC decided to disband the Moses Mabhida regional task team‚ establish a PWC and PEC members deployed to the region would be responsible for “the affairs of the organisation”‚ Ntuli said.

Despite the spectre of political killings still looming large‚ it could take another month for the keenly-awaited Moerane Commission report to be ...
News
3 years ago

Provincial officials would discuss with the ANC’s national leaders the possibility of holding the Moses Mabhida regional conference in the next three weeks. He added: “That is if the NEC is acceding to our request because our principled view is that it’s always better to have properly constituted structures.”

“The PEC salutes President Cyril Ramaphosa for standing firm and solid in defending the sovereignty of our country to determine its destiny. Our country has a responsibility to determine its own agenda and take decisions that are in the best interest of our people.