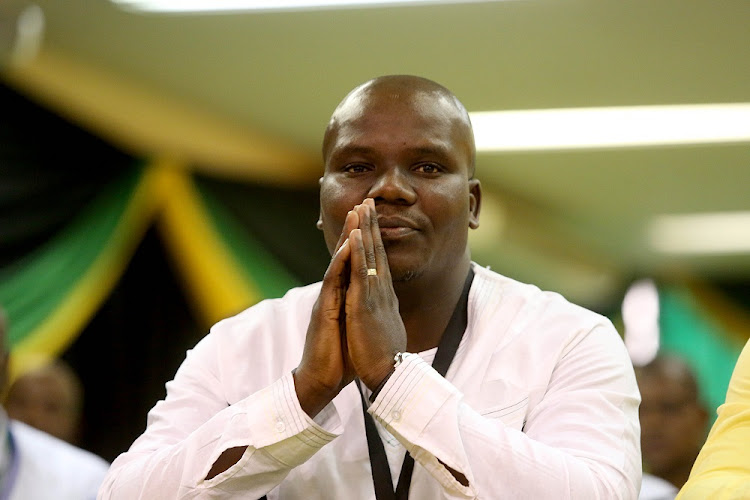 The ANC in KwaZulu-Natal has called for a tightening of the current tender system‚ which was identified by the Moerane Commission of Inquiry into political killings as the main cause of the murder of politicians.

ANC provincial secretary Mdumiseni Ntuli told a media briefing in Durban on Wednesday that when KZN Premier Willies Mchunu briefed the provincial ANC leadership after he had publicly released the Moerane Commission report last Thursday‚ he was asked to mandate ANC provincial chairman Sihle Zikalala to reflect on what could be done to tighten the current procurement system.

“In the findings of the Moerane Commission of Inquiry there are instances where they are pointing to corruption relating to tenders‚ which is a matter that we’re worried about.

“When the premier briefed the ANC leadership after he had released the report‚ part of what we asked the premier to do was to mandate the provincial chair to reflect on what is it that needs to be done to tighten the current system of procurement in the province.

“Are there weaknesses in the system and if there are weaknesses to what extent? Is there room to tighten them and what interventions are required? But on the other hand we believe that it is not only about weaker systems‚” said Ntuli.

He said the issue of weaknesses in the tender system was also about the level of consciousness for those tasked with the responsibility to manage it.

“Because at times‚ if your level of consciousness and commitment in clean governance is at the lower level‚ you may manipulate a system that is otherwise not easily manipulated. But if you are prone to such behaviour‚ if your commitment is to engage in what used to be called in this country an agenda of self-enrichment‚ you see the municipalities and government as a gravy train‚ there will be a problem with you as an individual.”

The Moerane Commission found that there was overwhelming evidence from the majority of witnesses that access to resources through the tender system was the main root cause of the murder of politicians.

“The Constitution of the Republic of South Africa states that‚ when an organ of state in the national‚ provincial‚ or local sphere of government‚ or any other institution identified in national legislation‚ contracts for goods or services‚ it must do so in accordance with a system that is fair‚ equitable‚ transparent‚ competitive‚ and cost effective.

“There was ample evidence before this commission that the above constitutional provisions were violated in all respects by manipulation and exploitation by politicians and public officials in collusion with business people‚” said the commission in its report.

The commission strongly recommended that the state urgently investigate this matter and‚ where necessary‚ revise its procedures to ensure that it complies with the constitutional provisions of fairness‚ equity‚ transparency‚ competitiveness‚ and cost effectiveness.

Ntuli said the ANC believed that the release of the report marked the beginning of a new chapter in the organisation and they welcomed the report as an important step in creating a peaceful and prosperous province.

A key witness in the controversial Moerane Commission of Inquiry into political killings in KwaZulu-Natal says his life is in danger after testifying.
News
3 years ago

The ANC‚ he said‚ was committed to playing its full role in implementing the recommendations of the commission.

“To us‚ as the ANC‚ the report represents not just the end but the beginning of an important journey to nurture the process of peace in KZN. The report reawakens many difficult and troubling emotions. This is so because as the ANC we lost many of our leaders in these violent attacks directed at political leaders.”

Ntuli said the work of the commission had brought the ANC to some understanding about what had happened and the underlying issues to “enable us to respond decisively so that the journey towards a peaceful province we ushered in in 2004 is never reversed”.

The ANC has also promised to deal decisively and with haste against any of their members found to have played a part in criminal activities and it appealed to other political parties to do the same.

The party has set up a team to start with the process of implementing the recommendations of the commission. The report will be tabled before the party’s provincial working committee which will map out the implementation plan.

Ntuli said the ANC was satisfied with the work of the commission as they believed it was a necessary tool to delve into the underlying cause of political killings in the province.

“We think it was the necessary work to be done. Yes‚ there was a lot of money that was spent. But if you want to go deeper into a certain phenomenon‚ you want to investigate it‚ you want to collate and provide a platform for various ideas to be presented‚ synthesise them and produce an outcome that must help us to consolidate the stability of our province.

“You needed to take that route because you now have what we may define as a scientific analysis of our problem beyond perception because those who were having perceptions were generic. Now you have something more concrete which is what the commission has found.”

The ANC has also welcomed the arrest of people linked to the political killings and the breakthrough made by police in the killings of ANC Youth League secretary-general Sindiso Magaqa and former ANC councillor Musawenkosi Maqatha Mchunu.