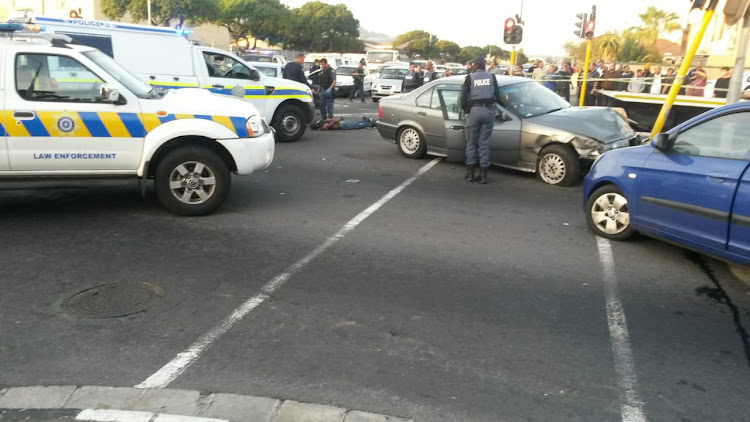 Two people were killed in Cape Town on Thursday after police opened fire on hijacking suspects on the corner of Hugo and Milton roads in Goodwood.

"Circumstances surrounding the incident that occurred this afternoon at 5pm on the corner of Hugo and Milton roads, Goodwood, are under investigation," said Western Cape police spokesperson Sergeant Noloyiso Rwexana.

"According to information, a vehicle that was allegedly hijacked, a Toyota Etios, was spotted by the police and the driver fled. A high-speed chase ensued and the vehicle collided with three vehicles. Two men in their thirties were shot and fatally wounded," she said.

Seven people, including a child, were taken to medical facilities for treatment and no arrests were made, Rwexana added.

Sources suggest that during the chase there was an exchange of fire between the suspects and the police.

A Durban motorist was able able to outmanoeuver three armed gunmen as they attempted to hijack him this past weekend.
News
3 years ago

I could have lost love of my life, says man after he and wife shot in wedding ambush

A Durban man could have lost "the love of his life" when the couple were shot by unidentified men outside a home in New Germany on Sunday afternoon.
News
3 years ago
Next Article