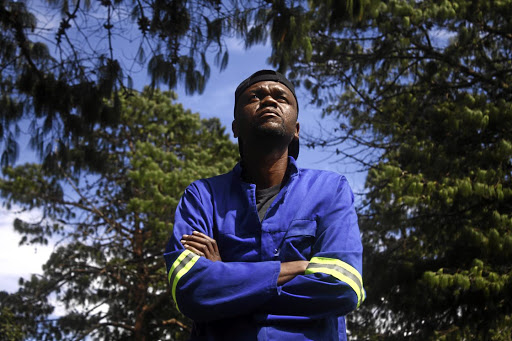 Bongani Makamu was hijacked of his Polo Vivo two years ago and his car was recovered by the Rabasotho police station.
Image: KABELO MOKOENA

Bongani Makamu has had to deal with the trauma of losing his car twice.

First, the 41-year-old Makamu's VW Polo Vivo was hijacked at gunpoint while he was on his way home in 2017.

But soon after the car was recovered from the hijackers, it mysteriously vanished from the Rabasotho police station in Tembisa, Ekurhuleni.

Makamu has now opened a case of theft of his vehicle and it is being investigated by the Gauteng police office.

He told Sowetan yesterday that he was hijacked in March 2017 on his way home from visiting his relatives in Elandsfontein, near Germiston.

He had stopped at a traffic light when the hijackers pounced. "They opened my door, put me in the back, beat me to a pulp, stripped me naked and left me for dead."

He was later found on the side of the road by a passer-by who called for the emergency services.

Makamu said after he was admitted to hospital his family was located by the police and they notified his father that his car had been recovered.

But his hopes were shattered when he discovered that his car had since disappeared from the police station. He suspects that some police officers may have stolen his car.

"I really don't want to hear their stories anymore, I want answers and I need my car back because the police found it from the hijackers and they stole it from me ," he said.

"I opened a case of hijacking that almost took my life when I was discharged from hospital, that too has not being followed [up].

"Instead, police took advantage of my situation and did as they pleased with my car."

Makamu said he had paid up the car because he had lost his job before he was hijacked and stopped paying insurance because he could no longer afford it.

"What pains me is that the car key was already missing when the car was identified by my family but it was driven to the station," he said.

Makamu's father Fanuel said he went to the police station after he received a call from the police.

"I identified the car at Rabasotho police station together with members of the family and found that it was indeed my son's car. The police told me the car was crashed by the hijackers and left in the street.

VW South Africa yet to solve the problem.
Opinion
2 years ago

"I asked how the car was brought to the station and they said they were not sure.

"They knew my son was in ICU but they told me to go and ask him for the spare key."

Fanuel said one of the officers asked him to bring a towtruck when he came to fetch the car. "I did not have money for the towtruck so I asked for some time to go and raise some [money] since the owner was fighting for his life."

Gauteng police spokesperson Capt Mavela Masondo said a case of theft was opened and police are still searching for the car.

He also said an internal investigation was under way to establish if there was any wrongdoing from the police.

"If anyone is found guilty, necessary disciplinary steps will be taken against [the] responsible officers," he said.