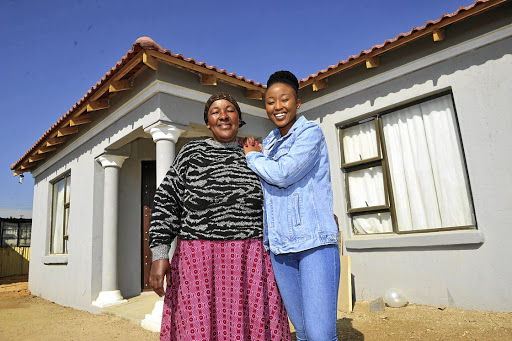 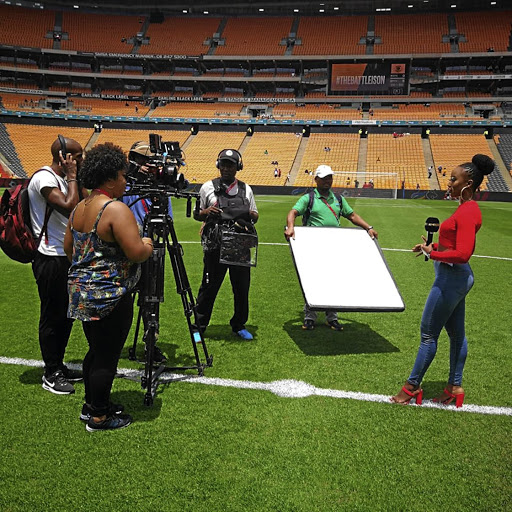 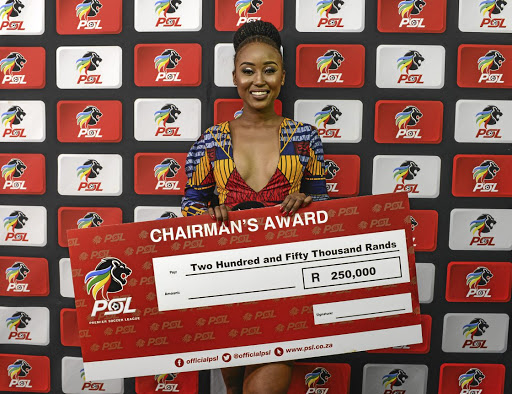 Mukile Dube could not watch her daughter being honoured with the most prestigious soccer accolade in Durban two weeks ago because she does not have a television set.

On that Sunday night, Dube was preparing for bed in her single-room shack in Daveyton when she learnt that Lindiwe Dube, her 30-year-old daughter, had won the Premier Soccer League's Chairman's Award, which carries a R250,000 prize.

"We don't have a TV at the moment, and one of Lindi's siblings called me to tell me that she won. I was confused because I didn't know she was going to win anything," said the proud mother of five.

"But I was happy because I know how hard she worked and how far she came to get to where she is."

"I used to walk to the train station to wait for her at night when she started her career [at SuperSport]," she added.

The award, according to the proud mother, only reaffirmed the determination and drive her daughter has displayed throughout her life.

Lindiwe was one of three award recipients who were honoured for their contribution to football. It is usually given to individuals who have contributed their lives to South African football.

Banyana Banyana coach Desiree Ellis has defended her team’s poor form since qualifying for their first-ever Fifa World Cup in France‚ where they will ...
Sport
3 years ago

She was groomed as a sports anchor for MultiChoice during the first three years of the Diski Challenge and she has since gone on to anchoring Absa Premiership matches and presenting other sports, including the national hockey league.

In his award speech, PSL chairperson Irvin Khoza said while her contribution to football was in the commentary space, it was how she had defied the odds to be where she is today, that made her a worthy recipient of the chairman's award.

"She grew up and spent all her life in an informal settlement. All her mom could give her was education," Khoza said.

"She refused to be defined by poverty she was born into. She seized the gap she was given as an intern at SuperSport and put her head down and grew. She went right there where she started and built her mother a house..."

Lindiwe recently built her mother a seven-room house which is still under construction.

"When I started this journey I never imagined that I would reach the heights I have reached," she said.

She was working in sales and as a receptionist for two years before realising her dream. That moment came in 2012 during the Africa Cup of Nations when she told her mother that she was quitting her job to pursue a career in journalism.

"At the time I didn't know what I was getting myself into, but I knew that I wanted to be a broadcaster, but the internship ended after six months. I slipped into a bout of depression thereafter," Lindiwe recalled.

Hothaata Banna said to be in breach after not keeping to the repayment agreement.
News
3 years ago

She said her mother provided her with support throughout the difficult period of unemployment until she was offered a job at PowerFM.

"Then I saw an advert on Twitter that SuperSport was looking for presenters for the MultiChoice Diski Challenge (MDC) and knew that was my chance. I thought I could work at Power [FM] during the week then do the games over the weekends, but Power wanted me to work weekends as well and I couldn't. I didn't take the job at Power," she said. After three rounds of auditioning, at MDC Lindiwe was chosen as one of the presenters for the new soccer league and has never looked back since. She said being honoured along with soccer greats like Siyabonga Nomvethe and Cedric "Sugar Ray" Xulu was humbling and overwhelming.

"I didn't know how to react because I was not expecting it. The people I was being honoured with are greats in the game and I was inspired and humbled by the award," she said.