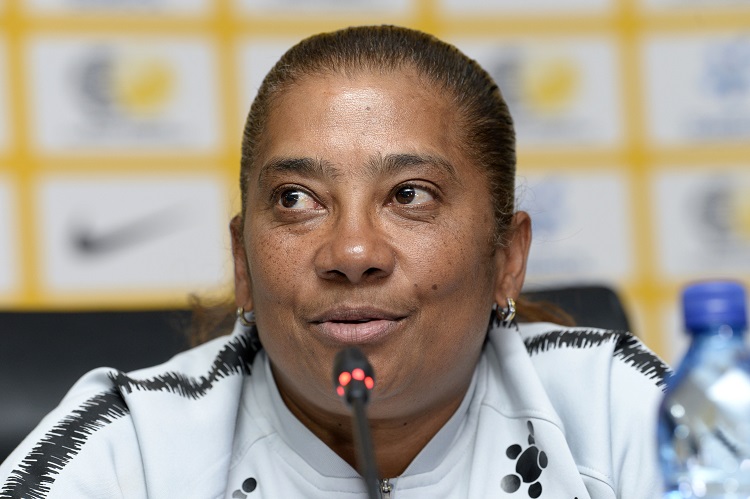 Banyana Banyana coach Desiree Ellis on Friday named her 2019 Fifa World Cup squad, and while certain names on the list were a no-brainer , there was one significant absence on the list.

As expected, the reigning 2018 African Women's Player of the Year Thembi Kgatlana‚ the mainstay pair of captain Janine van Wyk and Noko Matlou‚ striker Jermaine Seoposenwe as well as Leandra Smeda and Refiloe Jane all predictably will be at the core of Banyana's French challenge.

However, midfielder Nompumelelo 'Mpumi' Nyandeni  has been left out of the squad, and although Ellis was emphatic about being prepared to only entertain questions about the players that are going to France, the omission of a player of Nyandeni's calibre, experience and long service to the national team was always going to lift eyebrows.

Ellis began the squad announcement by firing off a cryptic message: "It's by far the most difficult thing I have had to learn as a coach, that you can't make people care, you cannot make them do their work with the same love and attention to detail as you choose to do yours, you can't make them take up the opportunities that you offer them. That unfortunately is tough."

Ellis admitted she was under no illusions about her team's chances in a group B that boasts the likes of Germany, the second ranked team in the world, Spain and China.  She said her selection considered that all three of their group stage opponents have distinctively different styles.

"We have some speed, we know a lot of teams in Europe are afraid of that. We have some strong players upfront that we could use, we have players that are good with the ball at their feet from the back, and players like Noko Matlou when it comes to physical battles. So we have a mixture, we looked at all scenarios to see how the players to different formations," Ellis said,

"We have a total of over 1, 000 caps combined in the squad, with a good mix of youth and experience. I have not only looked at the best players, but also the best group to represent us. You need the fearlessness of the youth and that little bit of energy."

Banyana Banyana will be hoping not to be at the end of a morale-sapping lashing when they take on defending world champions the USA away in ...
Sport
2 years ago
Next Article