Heroin worth R60m confiscated in Mpumalanga 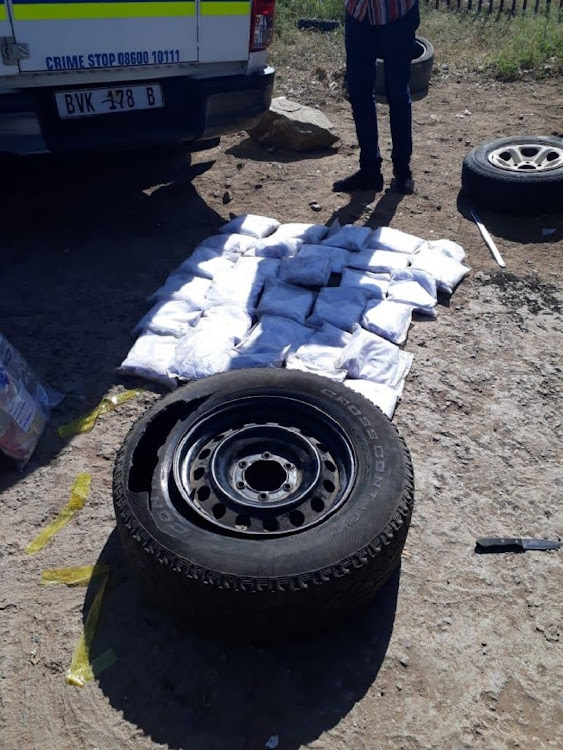 Colonel Bhembe said it has become the norm for drug dealers to use the N4 route from Mozambique to smuggle drugs through the Lebombo Border.
Image: Supplied

Three men were arrested on Tuesday after they were found in possession of drugs worth R60m in Mpumalanga.

The suspects between the ages of 27 and 35 were arrested along the N4 highway near Kaapmuiden after police stopped a suspicious-looking vehicle.

“Police received information about two Toyota Prados with Mozambican registration numbers that were traveling along that route carrying a massive consignment believed to be heroin. The vehicles fitting that description were spotted and intercepted whereupon one of them attempted to flee but was no match for the police.

A woman trying to enter South Africa on a bus via Beitbridge was stopped in her tracks when customs officers found purses full of drugs in her ...
News
2 years ago

"Upon being searched, drugs were found stashed on the spare wheels of the vehicles,” said provincial police spokesperson Col Mtsholi Bhembe.

Bhembe said it has become the norm for drug dealers to use the N4 route from Mozambique to smuggle drugs through the Lebombo Border.

“Last month at a roadblock held during the launch of Operation Easter Safety Campaign, another package of heroin to the tune of R2.5m was confiscated, also along the N4 on the outskirts of Nelspruit. Our officers and other law enforcement agencies have been on the alert of this act by drug dealers,” said Bhembe

Bulawayo police have arrested teenagers in possession of sex-enhancing drugs, condoms and alcohol on their way to a party in Zimbabwe's ...
News
2 years ago
Next Article