Search on for female premier in North West 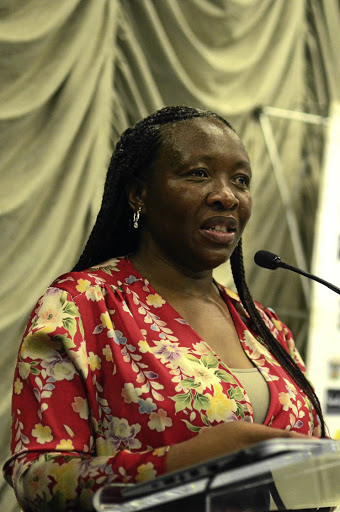 North West MEC for agriculture Desbo Mohono's name is in the hat for the premiership position.
Image: Tiro Ramatlhatse

Are you a woman and ready to lead government in the North West?

The ANC is looking for you.

The party's top-six officials are searching for a capable woman to lead the North West government, otherwise current premier Job Mokgoro will keep the job.

Sowetan understands the three names the province sent to the ANC special national executive committee (NEC) meeting were those of Desbo Mohono, Kenetswe Mosenogi and Mokgoro.

Mohono was a member of the disbanded North West provincial executive committee (PEC) and is the current MEC for agriculture.

Mosenogi was deputy secretary-general of the ANC Youth League during Julius Malema's era.

The NEC wanted to replace Mokgoro with a woman but did not think the names of those submitted were suitable.

Sowetan understands that the ANC Women's League (ANCWL) was angered that out of eight provinces only two women, in Free State and Mpumalanga, would be premiers. Those who attended the special NEC meeting said ANCWL leaders argued that the ANC was not ready for women to lead and that they were not appreciated despite being in the majority.

Another leader said the North West needed to be stabilised first, so the NEC could not just appoint a woman because the women's league wanted the position.

"The top six has to find a suitable candidate but in consultation with all stakeholders including the women's league.

"Otherwise if there is no suitable person, Job stays," an NEC member who attended the Monday meeting said.

Another leader added that a wrong deployment would have huge implications for the troubled province.

The province has been under interim leadership after Supra Mahumapelo and his PEC was disbanded and Mahumapelo later resigned as premier following a wave of protests by communities over poor service delivery and corruption. Mokgoro was brought in to be premier while an interim leadership was appointed.

Yesterday, ANCWL secretary Meokgo Matuba said they had started the process of identifying a suitable woman to take over in the North West.

She said it was disappointing that the ANC cannot implement its policy of 50/50 when appointing premiers.

"I want to congratulate those elected, however we deserve better as women. We are the backbone of the ANC but patriarchy continues to play itself out. It is also unfortunate that we have women who are comfortable with the status quo and they agree with the mother body," she said.

She said they made it clear to the NEC that they wanted a woman to be appointed as premier in the North West and would be able to deliver a name to officials by Monday.

ANC Women's League's call that 50% of the premiers of the provinces in which the party governs should be women, will remain just a dream after most ...
News
2 years ago

ANC Women’s League's call that 50% of the premiers of the provinces in which the party governs should be women will remain remain just a dream after ...
News
2 years ago

President Cyril Ramaphosa has appealed to ANC members to accept the names of preferred premier candidates the party will consider when leaders meet ...
News
2 years ago
Next Article