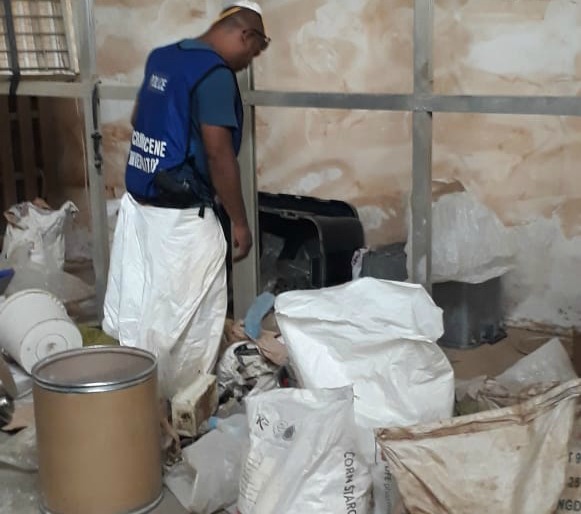 Police raided a drugs lab in Durban earlier this month, leading to the arrests of seven people.
Image: Supplied

Seven people who were arrested earlier this month in connection with a R50m drug bust are expected to appear in the Durban Magistrate's Court on Thursday morning.

The accused are facing charges of manufacturing and dealing in heroin and Mandrax, as well as in terms of the Medicines and Related Substances Control Act.

The seven are appearing for a bail application.

On March 1, a tip-off led police to a massive drug laboratory in Springfield Industrial Park, just outside the Durban Central Business District.

Members of the Provincial Organised Crime Unit (POCU) and the eThekwini Inner South Cluster’s Provincial Drug and Firearm Unit swooped and made four arrests, which led the to the arrest of three more people at Shepstone Place in Westville.

Seven people are expected to appear in the Durban Magistrate’s Court on Monday after a tip-off led police to a R50m drug bust.
News
2 years ago
Next Article