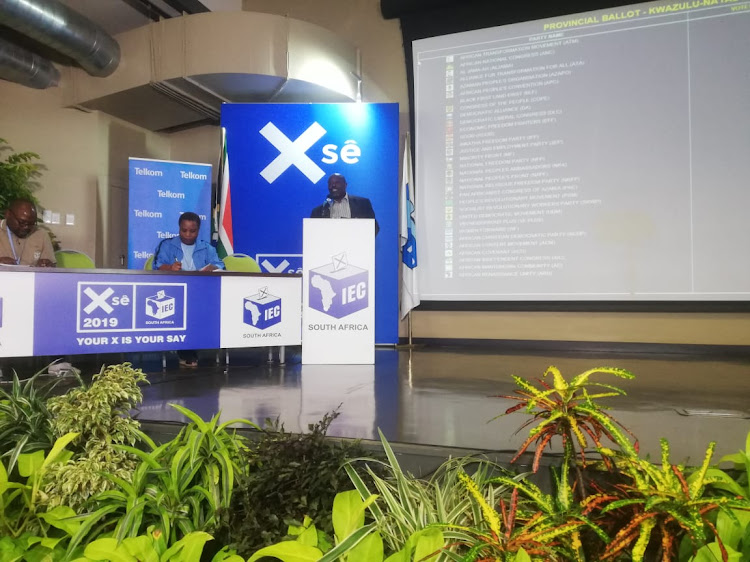 The electoral commission (IEC) said it expected South Africans to be honest at the voting stations, as 19 cases of "duplicate voting" in KZN are being investigated by the police.

"We expected honesty. Our security features are reliant on the authority given to you to exercise 24 (A) through a scanner machine or giving us proof that you are registered as a voter."

"Secondly the fact that your name is either deleted from the voter's roll or you have proof that you are registered somewhere else. The ink was the main trump card to protect that environment but the moment people starting finding ways to reprobate we couldn't counter that on the day and we learned a lot from yesterday," he said.

Mosery was commenting on the cases of "duplicate voting" in KZN where people filled in Section 24 (A) forms to vote again at a station where they were not registered. Police are investigating 19 cases in the province where people were able to vote twice on Wednesday.

One person was arrested in Port Shepstone, one in Hluhluwe and 17 in Danhauser where "voters succeeded in voting twice".

Mosery would not comment on the criminal charges that those arrested would face or the specifics of the cases.

"It is not within our authority. Let the prosecutors and investigators do their job," he said.

Despite their second ballot papers being fraudulent, the IEC would still count it as a valid vote.

"How will we be able to isolate the fraudulent ballot from the others when it is a secret vote?" Mosery said.

He admitted that if the scanner updated the voting roll as soon as an ID was scanned, it would have prevented duplicated voting.

"But it was never designed to be live. It's mechanics were never planned around a live voters roll," he said.

Domestos and bicarbonate of soda are just some of the substances used by voters to remove election thumb marks.
News
3 years ago

The Electoral Commission will urgently conduct an audit of results and votes cast in a sample of voting stations to ascertain if double voting ...
News
3 years ago
Next Article