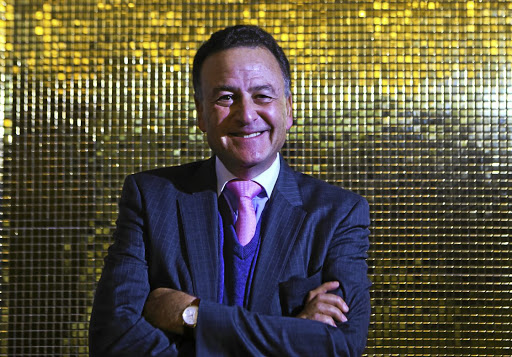 The DA has pulled in its former leader Tony Leon to galvanise support for the party.

In what appears to be a desperate move to claim Gauteng from the ANC, Leon has been roped in by the opposition party to campaign just two weeks before the general elections, something he never did under former DA leader Helen Zille.

Leon told Sowetan yesterday he was approached to lure voters as the battle for the control of Gauteng is hotting up.

"I was approached by the party leadership to campaign in Gauteng, KZN and in the Western Cape and I said 'sure' because I believe in the opposition project," said Leon.

Leon said campaigning for the party was no guarantee the DA would do well in the elections, but he was optimistic.

"That review application seeks to continue their malicious lies against me and I will not stand for it."
News
3 years ago

"It seems to me that there are only three choices: the ANC, the DA or the EFF but I don't dismiss the smaller parties. I think every vote that the DA records will in fact push South Africa in a better direction.

"In an election you have a wider choice and you have got to compare parties and not just their leaders. There is Cyril Ramaphosa who has been utterly silent on what reforms he is going to do to get us off the cliff edge where we are now sitting," he said.

The May 8 elections are expected to be the toughest fought in the province since the dawn of democracy. This is after the DA won two major metros - Johannesburg and Tshwane - during the local government elections.

Last month, an ANC survey showed a significant increase in the number of white voters who say they intend to vote, or are considering voting, for it.

The poll also suggested that the ANC remains popular among the elderly, the less
educated and lower-income earners in Gauteng.

Leon, who last campaigned for the DA in the 2016 local government elections in Port Elizabeth and Durban, said Ramaphosa's popularity was an advantage, but with ramifications.

"I have very high regard for Cyril Ramaphosa but if you strip Ramaphosa out of the ANC, what are you left with? You are left with a very unappetising choice and he's hanging on by a fingernail presiding over a party which is pulling in two different directions."

The minister of international relations and cooperation Lindiwe Sisulu has been dragged into a bitter legal battle involving her nephew Moyikwa ...
News
3 years ago

ANC to report DA over the removal of election posters

DA leader Mmusi Maimane took to Twitter on Wednesday to accuse President Cyril Ramaphosa of being scared to take him on in a pre-election debate.
News
3 years ago
Next Article